Josh Allen took a shot to the head and left the game. The Patriots now have a one-game lead over the Bills in the AFC East. 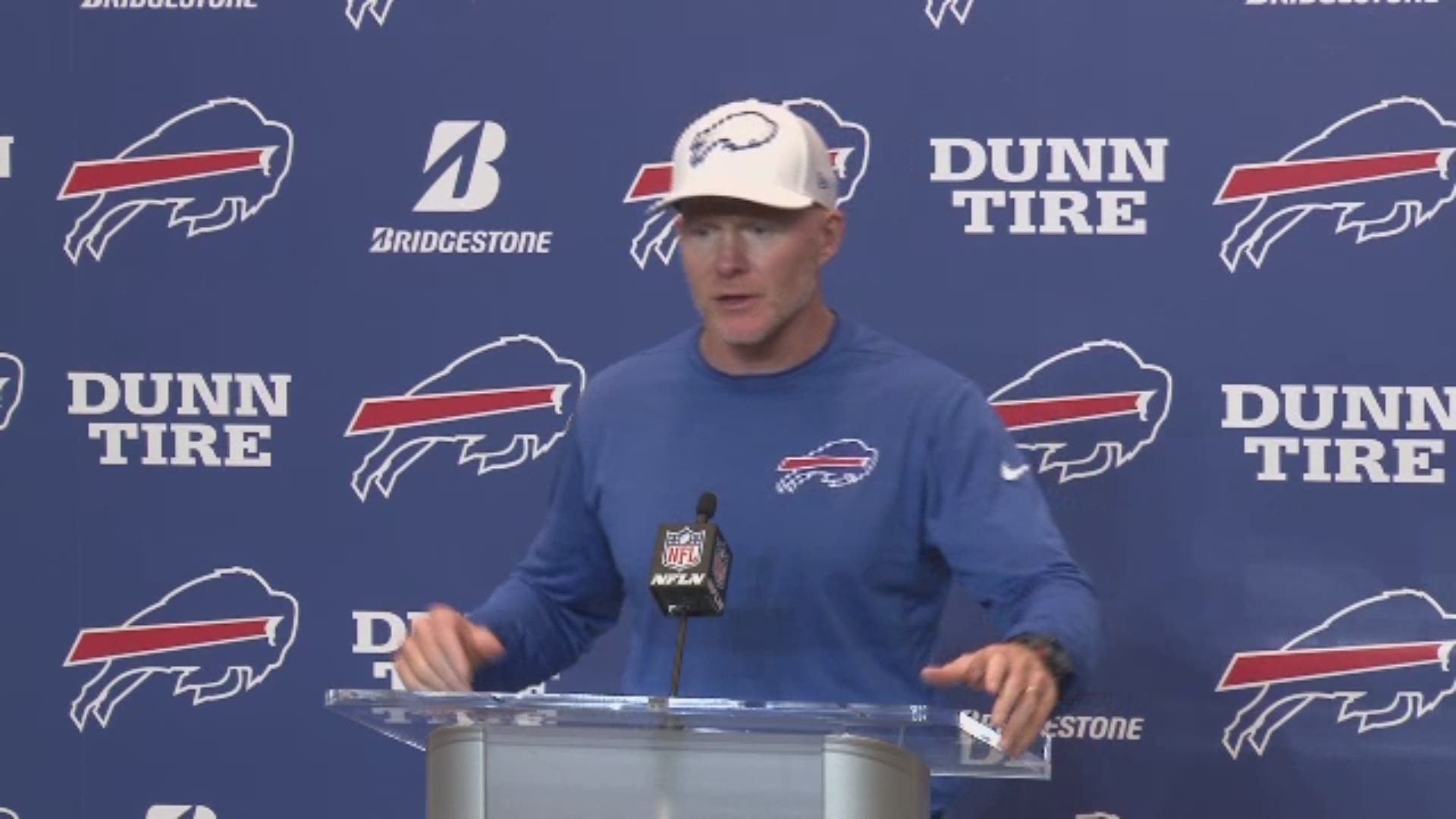 Barkley's pass is picked off. The Patriots will run out the clock and take a one game lead over the Bills in the AFC East.

The Bills have quickly move the ball to the Patriots 40 yard line at the two minute warning. The Bills are out of time outs.

The Bills drive starts at their own 14 yard line.

Once again the Bills defense holds the Patriots. The Bills will get the ball back. 3:19 to go in the fourth quarter.

The Bills punt it away with 5:25 remaining in the fourth quarter. The Buffalo defense has been fantastic and they are once again being asked once again to keep the Bills in the game.

Bills get the ball back with 7:36 remaining in the fourth quarter. They are at their own 27 yard line. Matt Barkley remains at quarterback.

4th and goal from the two yard line. The Bills go for it. They are stopped and the score remains 16-10 Patriots. The  call on the field is an interception. However that is under review. And the call is overturned and its an incomplete pass. The Patriots get the ball at their own two yard line.

Josh Allen takes a wicked hit and leaves the game. Matt Barkley replaces him at quarterback for the Bills. Allen has gone into the blue tent.

Stephen Stephen Gostkowski  kicks a 23 yard field goal and the Patriots have their first points since the first quarter.  The drive lasts seven plays, travels 38 yards and takes 259 off the game clock.

The drive lasts 9 plays, takes 75 yards, and takes  4:23 off the clock.Josh Allen takes the ball over from the one yard line and the Bills are right back in the game. They score on their first posession of the second half. Its the first offensive touchdown the  Patriots have allowed this season.

Hauschka misses a 49-yard field goal as the half expires.

No scoring in the quarter so far. Still Patriots 13 Bills 0. Micah Hyde picks off the Tom Brady pass in the end zone. A long time-consuming Patriots drive comes up empty.

Josh Allen intercepted for the second time gives the Patriots the ball late in the first quarter. They turned the first pick into six points.

Patriots block the Corey Bojorquez punt and return it for a touchdown. The point after is good. Patriots lead 13-0 with 6:22 left in the first quarter. Mathew Slater recovered the blocked punt in the end zone for the New England touchdown.

After intercepting a Josh Allen pass the Patriots move smartly down the field and get a touchdown. Brandon Bolden runs four yards for the TD.  The point after is no good.

The 50-yard drive lasts seven plays and takes 2:57 off the game clock.

Both teams have won their first three games of the season. The Patriots have dominated the Bills in the Bill Belichick Tom Brady era.

Running back Devin Singletary and wide receiver Robert Foster won't play for the Bills today. Taron Johnson is also out for the Bills.