The Bills have their first Thanksgiving Day game since 1994 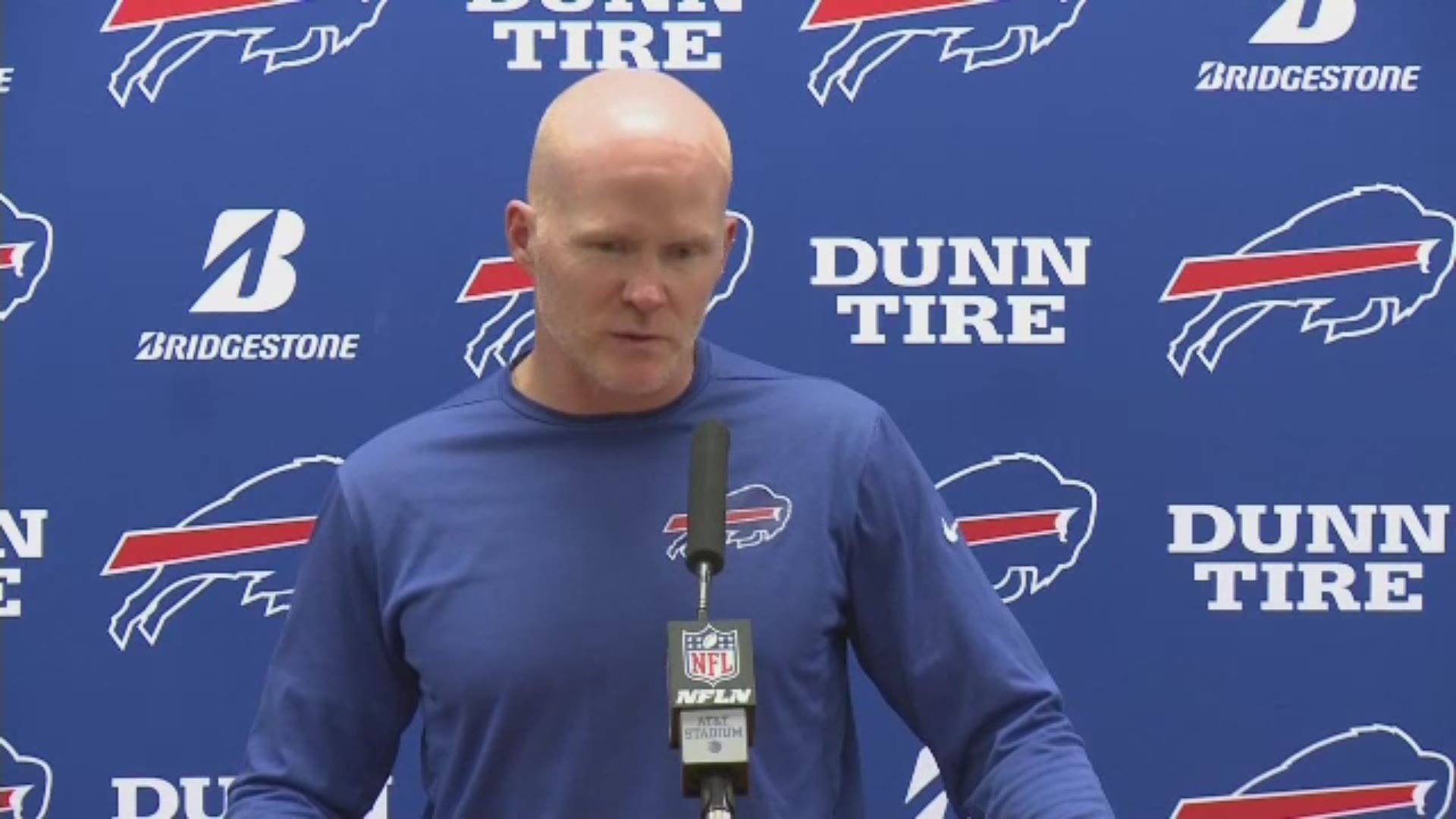 ARLINGTON, Texas — The Bills improve to 9-3 with a third straight dominant performance as they whipped the Cowboys 26-15. Buffalo is home a week from Sunday against the Baltimore Ravens.

Dak Prescott connects with Ventell Bryant  for the 15 yard touchdown. The two point conversion is good. Bills lead the Cowboys 26-15. Its a five play 70 yard drive that takes 1:27 off the clock.

Stephen Hauschka kicks a 26 yard field goal to give the Bills a 19 point lead with 8:20 left in regulation.

Josh Allen runs for a 15 yard touchdown. John Brown with a key block to spring the Bills quarterback. The drive last seven players, covers 63 yards and takes 4:00 off the game clock.

Bills kicker Stephen Hauschka has missed an extra point and a 50 year field goal try. Cowboys kicker Brett Maher has missed two field goal tries. One from 35 yards out was blocked and he missed a 47 yarder in the third quarter. Suffice to say its not a great day for the kickers.

Stephen Hauschka connects on a 41 yard field goal. The drive lasts 8 plays covers 48 yards and takes 4:13 off the game clock.

The Bills turn the latest Dallas turnover into points. John Brown throws a TD pass to Devin Singletary for 28 yards. Stephen Hauschka misses the extra point. The drive lasts 5 plays 39 yards and takes 1:29 off the clock.

The Bills get another potentially game changing play when on the next Cowboys posession Ed Oliver strips Dak Prescott and Trent Murphy recovers the ball. So let's see if the offense can turn this turnover into points.

The Bills miss a golden opportunity to take the lead when Stephen Hauschka's field goal is no good from 50 yards out. The Bills got the ball from the Cowboys when Star .Lotulelei intercepted the  Dak Prescott pass.

Josh Allen his Cole Beasley for a 25 yard touchdown and the Bills tie the game at seven. The drive covers 85 yards in 8 plays and takes 3:46 off the game clock.

Dak Prescott to Jason Witten for the 8 yard touchdown. Its a nine play 75 yard drive that lasts 4:26. That's the only scoring in the first quarter.

The Buffalo Bills try to win their ninth game of the season Thursday afternoon against the Cowboys in Dallas. Kickoff is scheduled for 4:30 p.m.

The Bills bring their 8-3 record into the game against the Cowboys 6-5 record. The Cowboys are 6.5-point favorites despite having a worse record.

The highlight of the matchup is the Cowboys high powered offense against the Bills defense.

Here are the Bills inactives for the game:

RELATED: Bills' Thanksgiving Day appearance a rarity. For Cowboys, it's a regular feature of their schedule