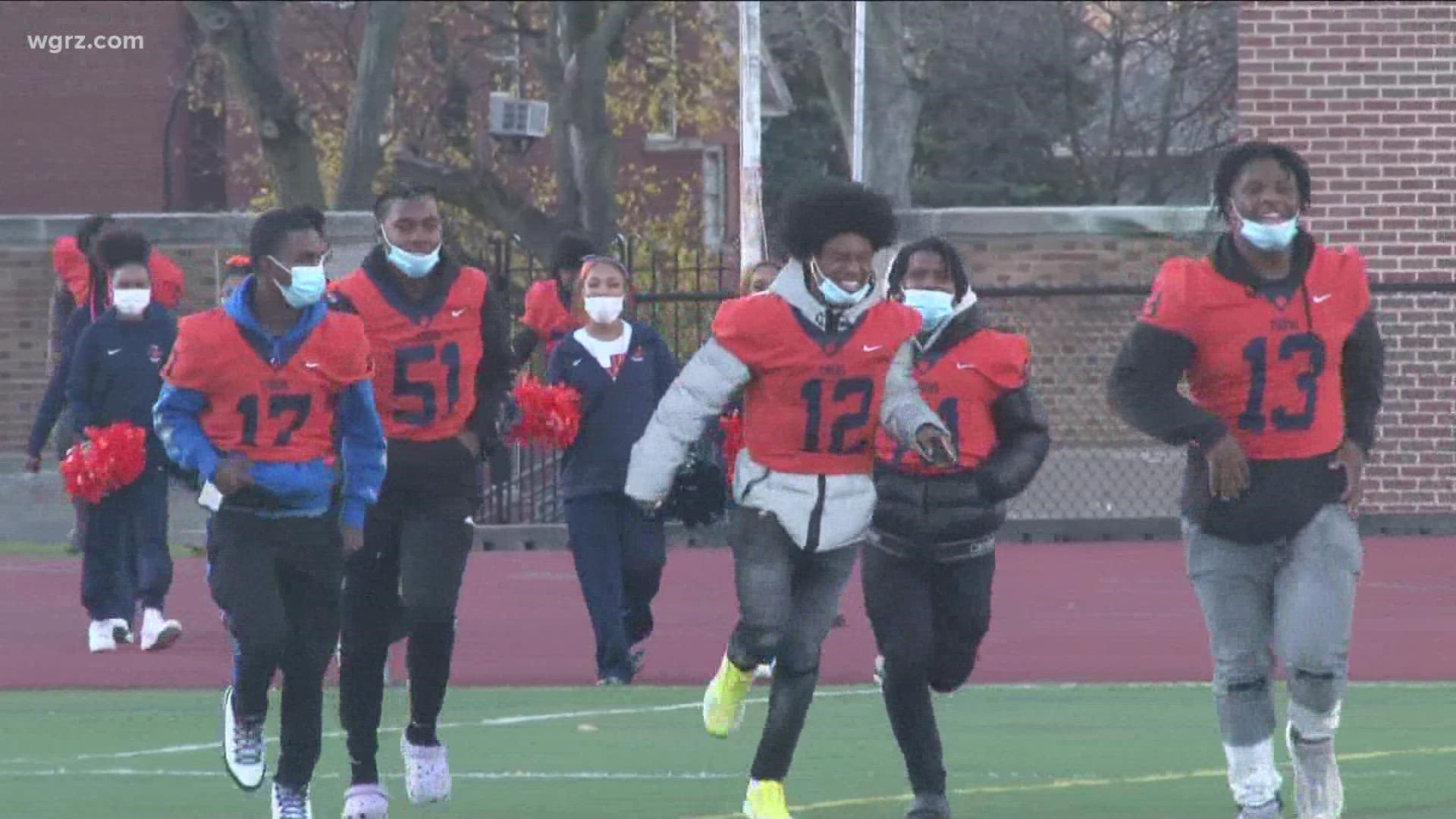 BUFFALO, N.Y. — It turns out a controversial high school football playoff game will be played Tuesday night after a team from Rochester had a COVID outbreak.

Bennett High and McQuaid Jesuit will play Tuesday at 6 p.m. at Williamsville South.

Buffalo Public Schools will protest the game saying that it should be forfeited.

"The lack of good sportsmanship and the lack of teaching a good Jesuit lesson to the children about what you stand for as a religion to your team out there was despicable," said Buffalo Schools Superintendent Dr. Kriner Cash.

Buffalo School District officials and Bennett High coaches and parents are furious that their game against McQuaid Jesuit from Rochester is still on, despite McQuaid having a COVID outbreak last week.

They think McQuaid should have to forfeit - like Bennett had to in a similar situation last year.

"Be real clear, it's not a problem that we are afraid to play our concern is our safety with our children," said Sharon Belton-Cottman, a Buffalo School Board member.

Bennett High and McQuaid Jesuit in Rochester were supposed to play Saturday in their west regional game but that was postponed to Tuesday.

When that outbreak happened a number of players and coaches from McQuaid were put into quarantine.

McQuaid then applied for a temporary restraining order to play anyway.

But, with the postponement of the game -- Erie County officials say the quarantine period has run its course.

And that McQuaid has been doing COVID testing.

"So they have tests on Thursday, Friday, Saturday, they skipped Sunday, Monday, and Tuesday the only players that are playing tonight tested negative on all five of those days," said Jeremy Toth, Erie County's attorney.

Terry Connors, an attorney for McQuaid says their team will still be down 7 players and two coaches in Tuesday's game because they weren't able to test out -- but McQuaid will still have enough to compete.

"The evidence, in this case, suggests deep cynicism, at best and a lack of trust," Cash said.

This matter was heard in court on Tuesday, but the legal argument became moot because the quarantine period had run its course.

If Bennett wins Tuesday, they will then play again on Saturday, and school officials and parents aren't happy about that because they're concerned about rest for players. Dr. Robert Zayas, the executive director of the State Public High School Athletic Association said Tuesday all students involved in this are at a disadvantage.

Despite all the distractions, Bennett High football coach and Buffalo Public Schools teacher Steve McDuffie says his players will be ready Tuesday night.