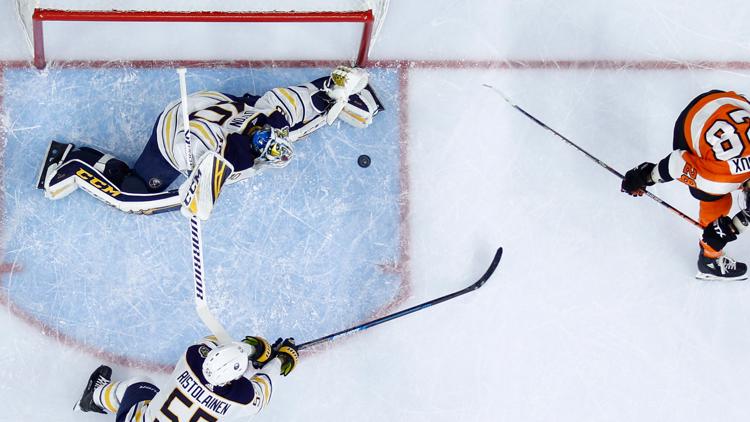 PHILADELPHIA — Claude Giroux scored two goals and Carter Hart made 38 saves to lead the streaking Philadelphia Flyers to their ninth straight victory, 3-1 over the Buffalo Sabres.

Joel Farabee also scored and Jakub Voracek and Travis Sanheim each had a pair of assists for Philadelphia, which remained tied for first place with Washington in the Metropolitan Division. The Capitals beat Pittsburgh 5-2 earlier Saturday.

It's the sixth straight loss for Buffalo. Dominik Kahun scored the Sabres' only goal of the game.