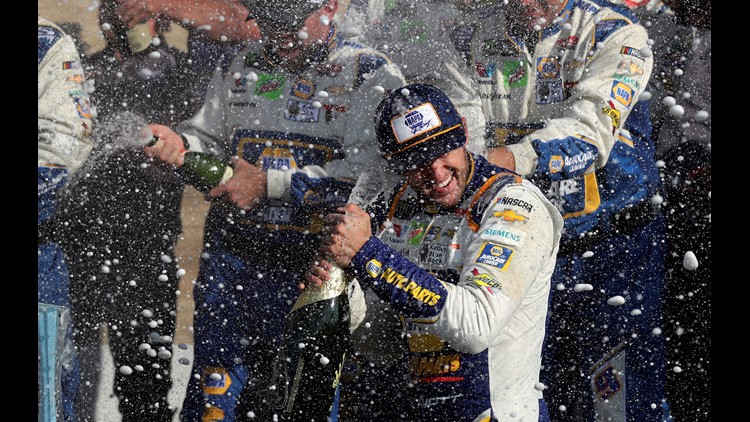 Elliott holds off Truex Jr. to win NASCAR Cup race at the Glen

WATKINS GLEN, N.Y. — Chase Elliott has won the NASCAR Cup race at Watkins Glen International for the second straight time, holding off Martin Truex Jr. just like he did a year ago.

Truex began to exert some pressure after sitting just behind Elliott for more than 10 laps in the final segment. Elliott held his ground until Truex closed with six laps to go, waiting to pounce on a mistake that never came.

It was a two-car race for more than half the 220.5- mile race and the entire final 40 laps. With two laps to go, Truex still couldn't get close enough to make a move. Last year Truex ran out of fuel on the last lap, giving Elliott his first career victory.

Elliott, the pole-sitter, led 80 of 90 laps and snapped a long slump.

Denny Hamlin was third, Erik Jones fourth and Ryan Blaney fifth after starting from the rear of the field.

Seven-time champion Jimmy Johnson finished 19th with a new crew chief as he struggles to make the playoffs with four races left in the regular season.