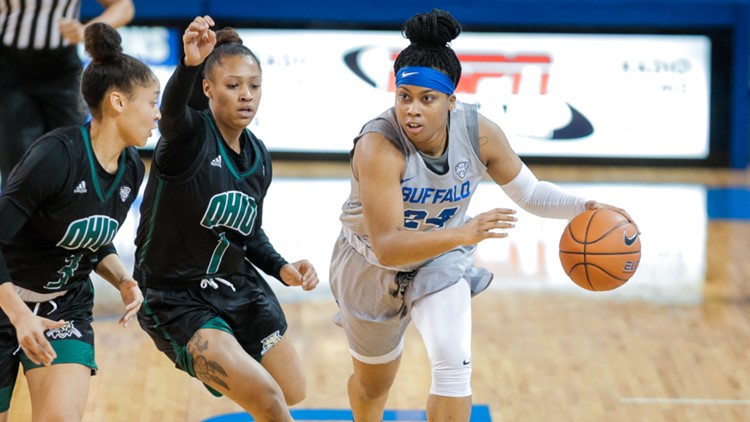 BUFFALO, N.Y. — University at Buffalo senior guard Cierra Dillard was named honorable mention All-America by the Associated Press on Monday. Dillard and Central Michigan's Reyna Frost represented the Mid-American Conference on the list and Dillard joins Tiffany Bell and Kourtney Brown as the only three UB players ever honored as All-America selections.

The Rochester, NY native finished her Buffalo career with a scoring average of 20.6 points per game over two seasons, a new program record. Dillard amassed 2,205 career points across her stops with Massachusetts and the Bulls and currently ranks in the top five on the UB career records list in points (5th – 1,422), free throws made (3rd – 362), free throw percentage (3rd – 80.8), three point field goals made (4th – 190) and three point field goals attempted (4th - 554).

Dillard was also named to the All-MAC First Team and is one of four finalists for the Dawn Staley Award.