For the the first time since the COVID-19 pandemic, the Bulls hit the field. It was their first official practice with a brand new head coach in Maurice Linguist. 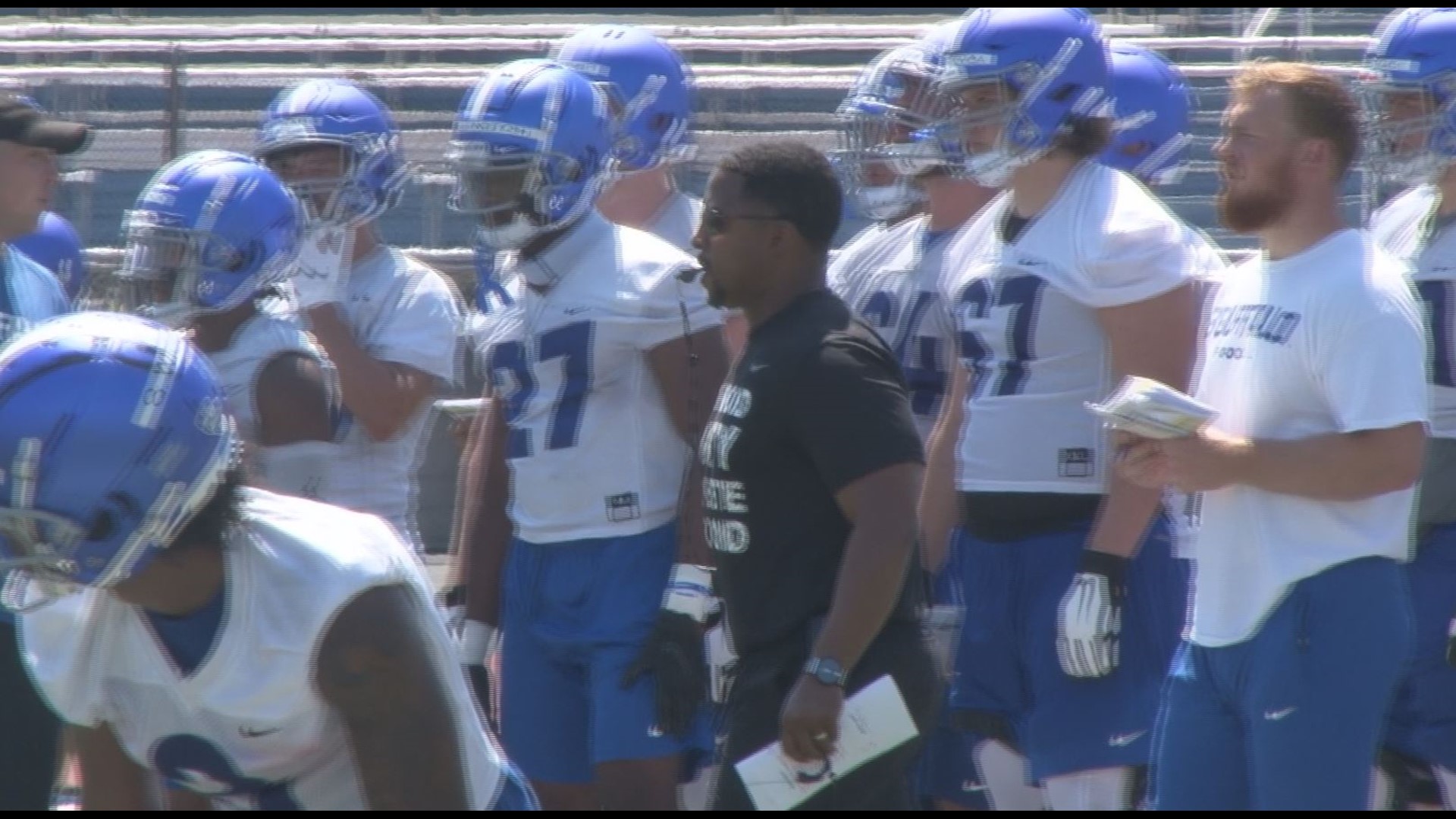 BUFFALO, N.Y. — The Bills are ramping up training camp in preparation for the season, but just 20 miles north of Orchard Park the University at Buffalo Bulls are doing the same in Buffalo.

For the the first time, they hit the field for their first official practice with a brand new head coach in Maurice Linguist.

Even through 90-degree grueling weather, the guys were still thrilled to back at home with COVID restrictions now relaxed.

"It's unbelievable," Bulls quarterback Kyle Vantrease said. "I would say the hardest part is how hot it is because we didn't get it last year. Being out here with the guys, all 100 or however many it is, and going 11 on 11 with a new staff system and culture, it's truly a blessing."

But the work has just begun with just under a month left before Week 1.
Linguist says no position is locked in and there is no timetable to determine starters.

"Coach, teach, learn, change our best to the next day. As practices moves forward and we get into the middle of August, fall camp, we're going to start making some decisions on what we ultimately need to do. We're going to make sure were finding out who the winners are in these one on one battles to put the right people on the field to give us the best opportunity to win football games."

The Bulls kick off the season against Wagner on September 2 at home.