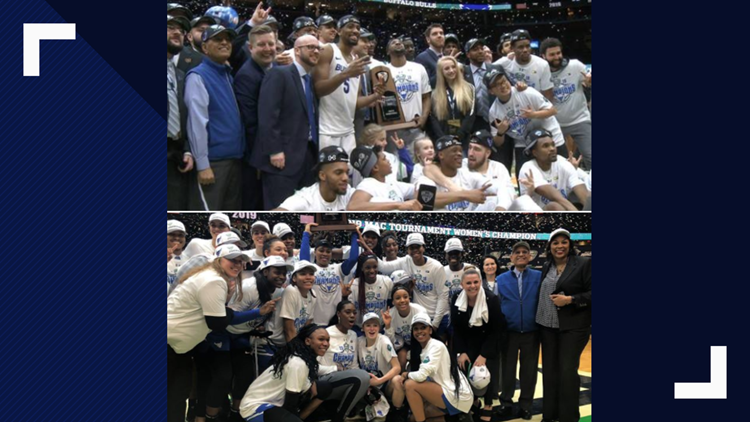 UB Men's and Women's seasons come to an end

BUFFALO, N.Y. — It was quite the season for MAC Champions University at Buffalo Men's and Women's basketball teams.

Both teams faced off in the second round of the NCAA Tournament Sunday.

The Men's 13 game winning streak was snapped, as Buffalo lost to Texas Tech 78-58. Nick Perkins had 17 points. CJ Massinburg had 14.

The Women also couldn't pull off an upset. UConn defeated the Bulls, 84-72. Cierra Dillard had 29 points to lead Buffalo.

Each of the teams have reason to celebrate as they were both crowned MAC Champions.

On the Women's side, Cierra Dillard was named the MAC tournament MVP, while Hanna Hall and Summer Hemphill were named to the All-Tournament team. Their MAC Championship title is only the second in program history.

Congratulations to both University at Buffalo Men's and Women's basketball teams for all of their success!