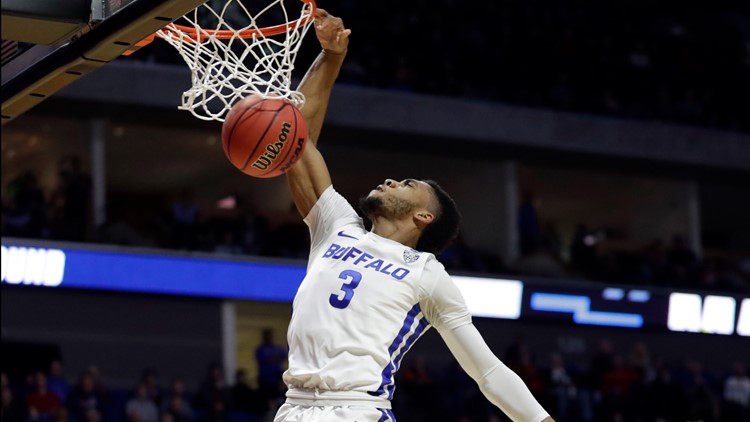 BUFFALO, N.Y. — There will be a Mid-American Conference tournament doubleheader Monday at the University at Buffalo's Alumni Arena.

Both the men's and women's basketball teams will host opening round games of the MAC tournament, and both will be against Miami (Ohio).

With the win the Bulls clinched the No. 6 seed in next week's MAC tournament and will host No. 11 Miami, Ohio, in the first round at Alumni Arena on Monday at 5 p.m.

The women won both games against the Red Hawks this season, 86-72 at Miami and 88-72 at Alumni Arena last month.

The men also have a game Monday night. The Bulls beat Bowling Green on Friday night 88-84 on the road to give them their fifth 20-win season in the last six years.

With the win the Bulls earn the No. 5 seed due to tiebreakers and will host No. 12 Miami on Monday night. Tip off is scheduled for 7:30 p.m.