The quarterback completed 5 of 10 passes for 69 yards with two touchdowns to Zac Lefebvre. He also ran for 47 yards and a touchdown. 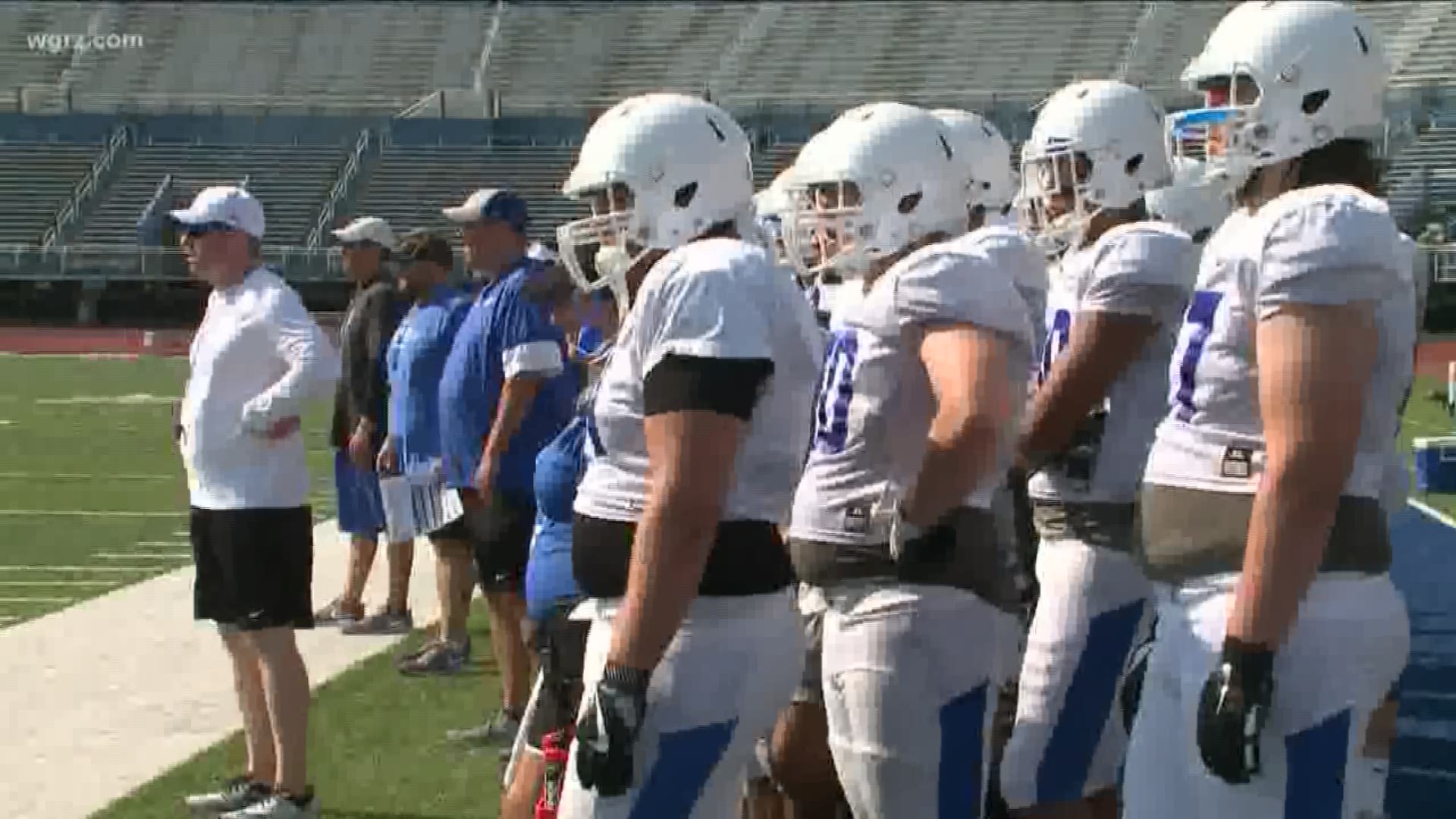 BUFFALO, N.Y. — Matt Myers, the first freshman quarterback to start a season opener for Buffalo in 28 years, accounted for three touchdowns and the Bulls beat Robert Morris 38-10 on Thursday night.

Myers was 5-of-10 passing for 69 yards with two touchdown throws to Zac Lefebvre. Myers also ran for 47 yards and a touchdown. Cliff Scott started under center for the Bulls as a freshman in the 1991 opener.

Alijah Jackson led Robert Morris with 85 yards rushing and scored the Colonials' only touchdown with a 28-yard run in the first quarter.

Myers bullied in from the 1 on just the Bulls' third play from scrimmage. Patterson's 4-yard run capped a 10-play drive on Buffalo's next possession. Myers connected with Lefebvre on a 40-yard touchdown pass and a 3-yard scoring toss as the Bulls built a 28-10 halftime lead.

It was the first meeting between the schools.

RELATED: Here's everything you need to know for UB's home opener