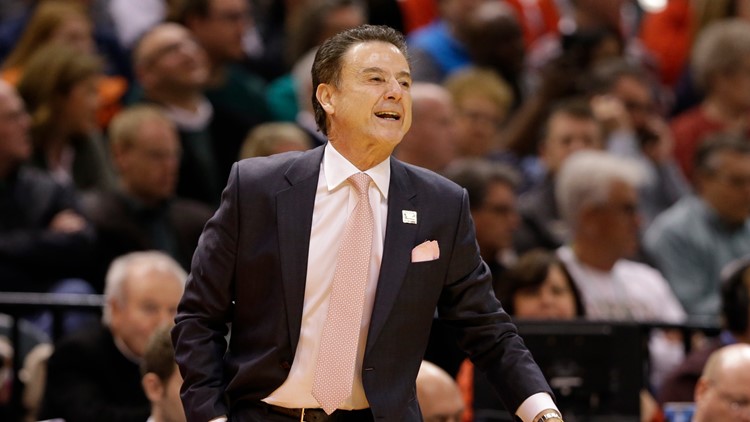 Photo by: AP
Louisville head coach Rick Pitino yells to his team from the sideline during the first half of a first-round game against Jacksonville State in the men's NCAA college basketball tournament in Indianapolis, Friday, March 17, 2017. (AP Photo/Michael Conroy)

Hall of Famer Rick Pitino to coach at Iona

NEW ROCHELLE, N.Y. — Hall of Famer Rick Pitino is the new basketball coach at Iona College. Pitino replaces Tim Cluess, who resigned Friday for health reasons after a decade at the school.

Pitino coached at Louisville from 2001-17 before being fired in a pay-for-play scandal and had been coaching in Greece.

The 67-year-old has a 770-271 overall record in college and became the first coach to take three different schools to the NCAA Final Four. He won national championships at Louisville in 2013 and Kentucky in 1996.