This includes sports played within the East Coast Conference, and those outside of the conference, such as women's triathlon, men's volleyball, and cheerleading. 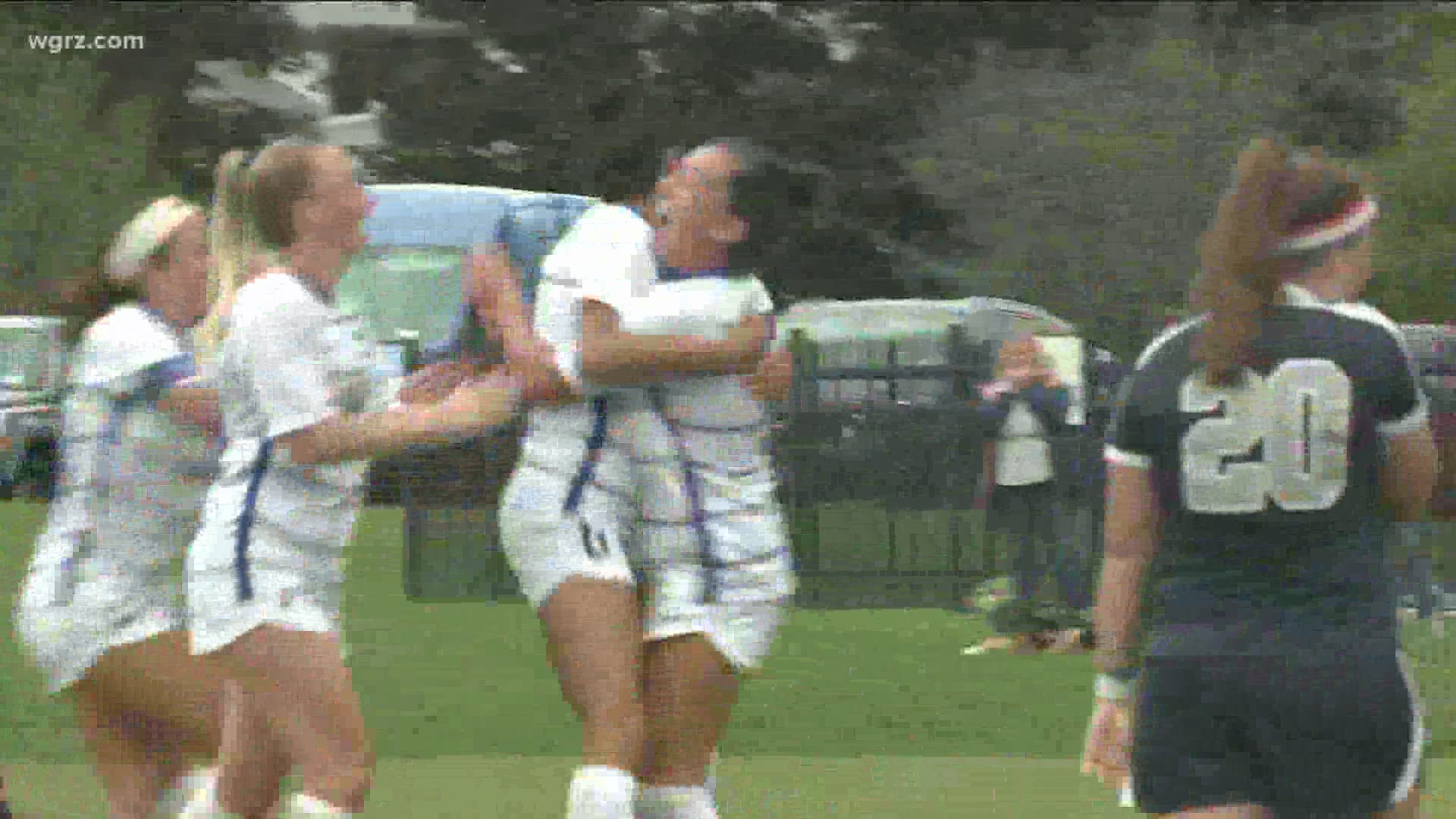 AMHERST, N.Y. — Just a day after the NCAA released COVID-19 guidance, one local Division II school announced its decision to follow other schools within its' conference and not offer fall athletics.

Daemen College, which is part of the Division II East Coast Conference, announced Friday that its' teams would not return to play in the fall. This includes sports played within the conference, and those outside of the conference, such as women's triathlon, men's volleyball, and cheerleading.

The college says the decision was made after deliberation and consultation with medical professionals.

"This is a difficult message to deliver, but one that was not entered into lightly," said Traci Murphy, director of athletics. "Perhaps at no other time in its history has the NCAA and its member institutions been faced with such a challenge."

The East Coast Conference Council of Presidents also announced on Friday its' decision to suspend all intercollegiate competition for the fall.

The Conference's decision also impacts winter sports, such as basketball, indoor track and field, and bowling, as those sports won't be able to compete until 2021. The Conference added that it does hope to allow competition for the impacted fall and winter sports starting in the spring semester of 2021.

"But make no mistake about it, today's student-athletes are resilient and determined. We will work together to overcome this obstacle and achieve our objective of competing for championships no matter what month they're held in," Murphy added.