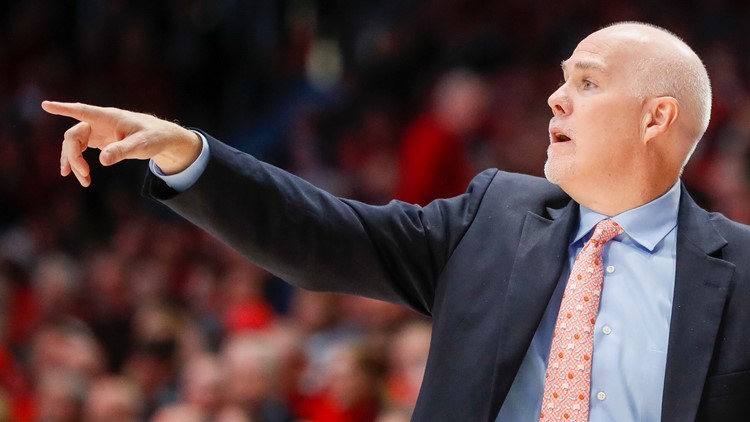 Photo by: AP
St. Bonaventure head coach Mark Schmidt directs his players from the bench during the first half of an NCAA college basketball game against Dayton, Wednesday, Jan. 22, 2020, in Dayton, Ohio. (AP Photo/John Minchillo)

UB won its fourth straight game Wednesday, beating the Zips in Akron 76-61. Freshman Dyaisha Fair was the game's top scorer with 26 points. Theresa Onwuka had 16 and  Adebola Adeyeye had 13 points and eight rebounds for the Bulls. UB completes its regular season Saturday afternoon at home against Kent State.

RELATED: UB's Antwain Johnson takes a part of home on the court

RELATED: Damone Brown passing along his passion to college kids in hometown