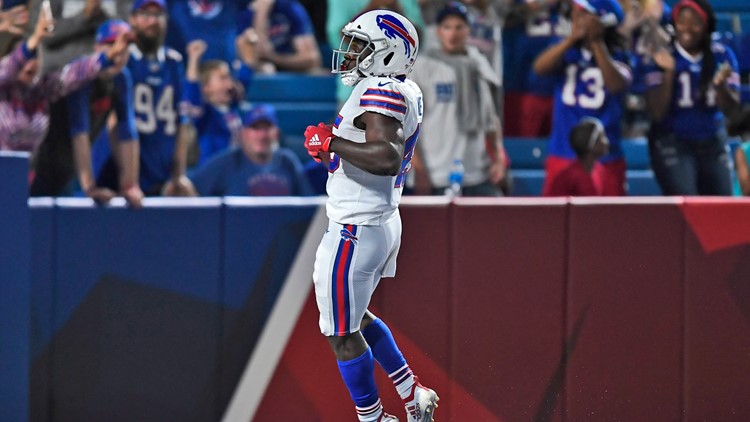 Photo by: AP
Buffalo Bills' Christian Wade reacts after scoring a touchdown during the second half of an NFL preseason football game against the Indianapolis Colts, Thursday, Aug. 8, 2019, in Orchard Park, N.Y. (AP Photo/Adrian Kraus)

ORCHARD PARK, N.Y. — Preseason games can be quite the snooze fest especially when you get to the fourth quarter.

But fans who stuck around saw something really special at New Era Field on Thursday night.

Bills running back Christian Wade delivered the highlight of the game when he took it 65 yards to the house for his first touchdown, in his first football game on his first carry.

The former England rugby star is part of the International Pathway Program and this is certainly a night he will never forget.

Immediately after scoring, his teammates crowded around him and went nuts on the sideline.

This was part of a 24-16 win over the Colts in their preseason opener. Up next they travel to South Carolina for joint practices with the Panthers on Tuesday and Wednesday then play their second preseason game in Charlotte on Friday.