A big focus between the Bills and Ravens is a battle of two 2018 first-round quarterbacks but there's another connection that dates back to two players' childhood. 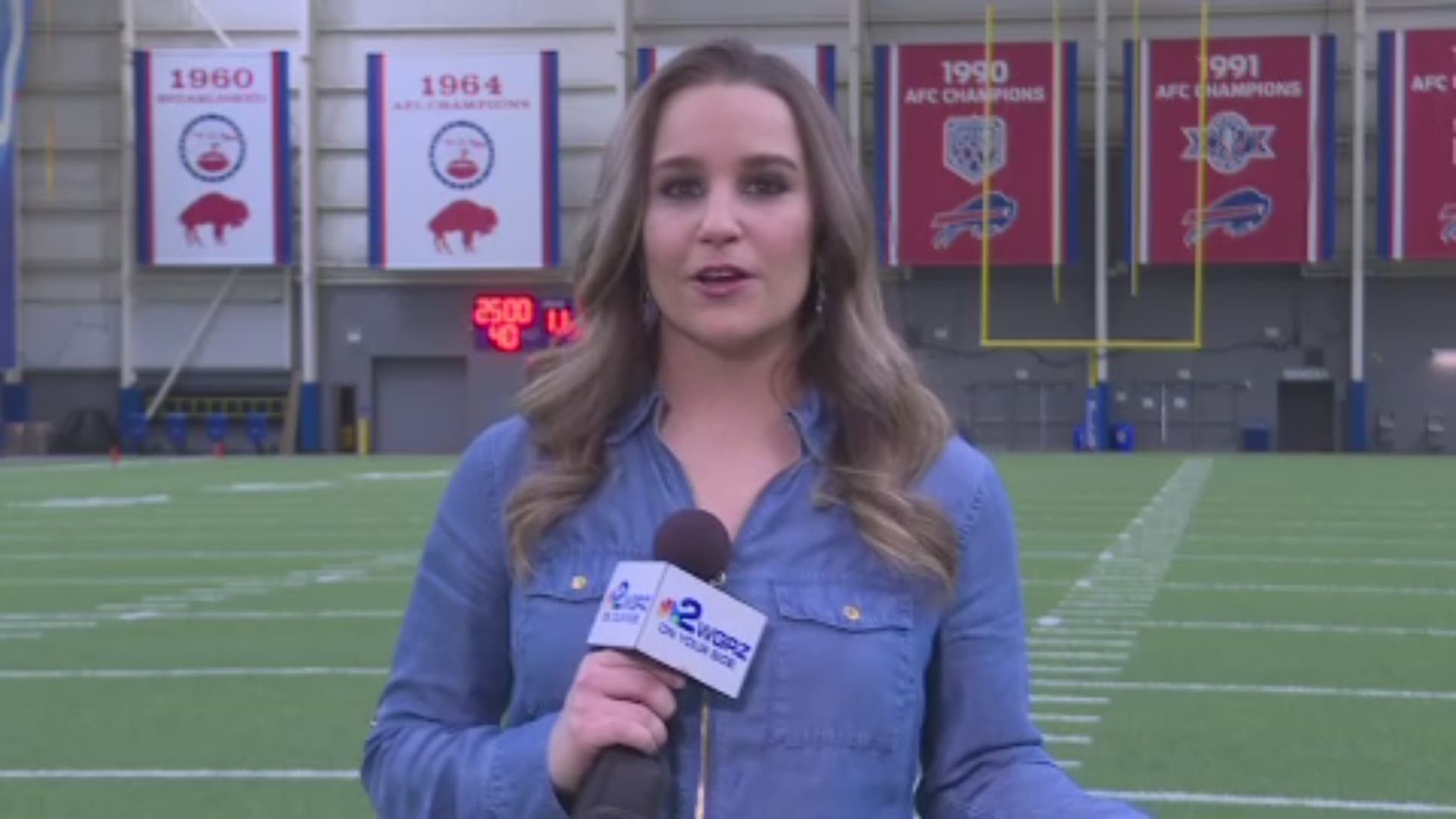 ORCHARD PARK, N.Y. — Once again, it's a battle of two 2018 first-round quarterbacks as the Bills host the Ravens with Josh Allen and Lamar Jackson.

But another connection with Jackson and another Bills' player goes back even further, all the way back to his childhood days.

Jackson's relationship with Devin Singletary goes back to their childhood days in South Florida. In fact, they lived ten minutes apart and played football against each other, which made for some competitive moments.

"Yeah I made him miss. I got like a toss or something. He was out there on the edge one-on-one. I made him miss and I ran for a touchdown but I knew he wasn't happy about that," Singletary explained.

"I was at corner, they had me at corner and I had never played corner before. He was like a little stocky, cocky little running back so I'm like I'm not hitting him by myself. I tried to brush it off but he just ran up the sideline and scored," Jackson said.

"I was hot about that the next play. I was like I can't let that happen again, I looked like a little punk so I just gotta play ball," Jackson laughed.

But that feeling didn't last for long.

"He came back and did the same thing," Singletary said.

These are memories from when Singletary was nine and playing Jackson in the South Florida Youth Football League.

Fast forward and the two will now meet for the first time in the NFL.

"You know it's amazing, it's definitely a blessing for us to get this opportunity to be playing each other at the highest level and it just shows coming from South Florida we love football and we produce some good football players," Singletary said.

"He was a great running back then and still is now," Jackson said.