Kansas City beat Tennessee 35-24 to win the AFC championship. Former Bishop Timon and University at Buffalo standout Demone Harris will be there. 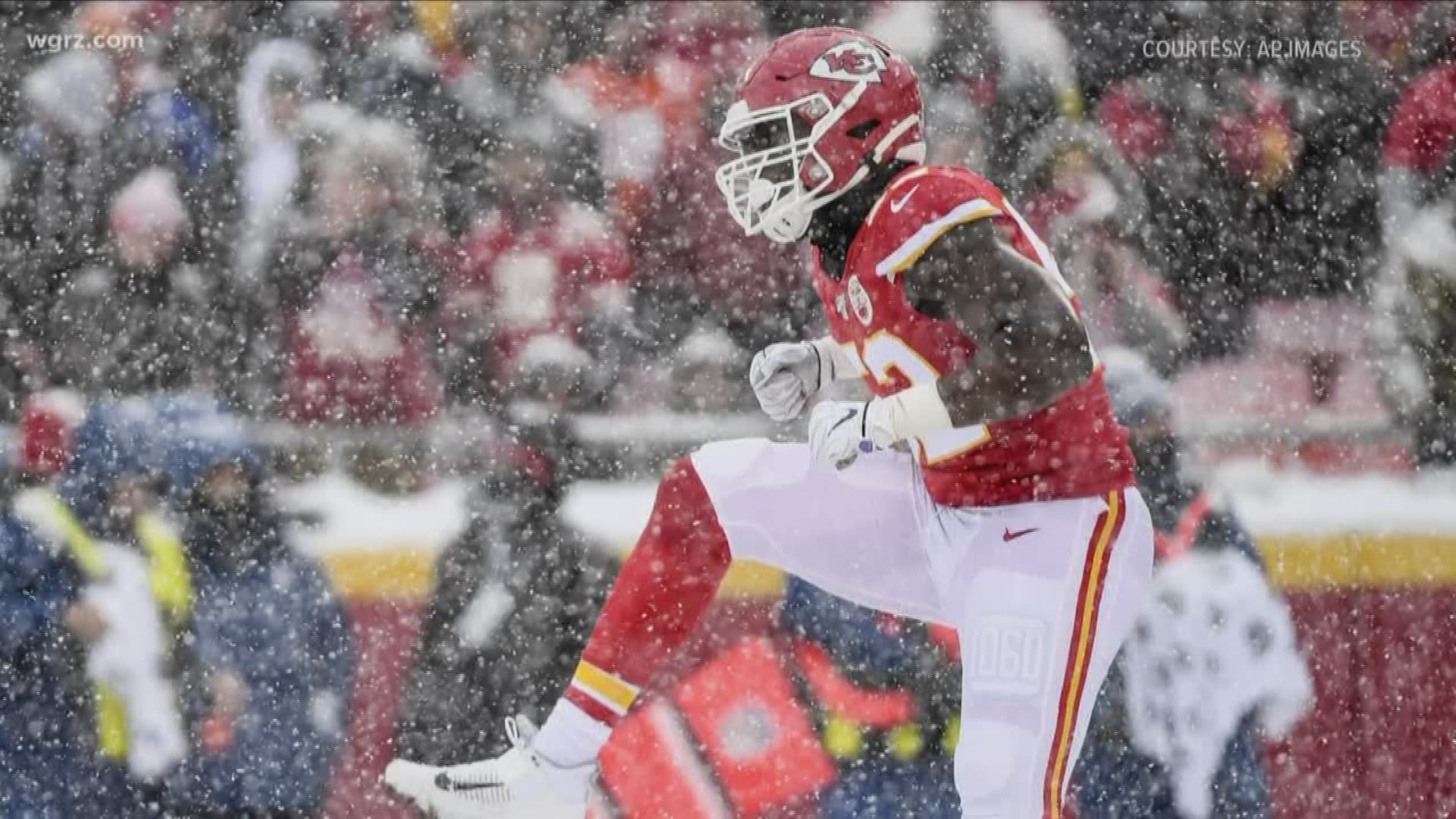 KANSAS CITY, Mo. — Patrick Mahomes tip-toed down the sideline for a game-turning touchdown, added three TD passes, and the Kansas City Chiefs made their first Super Bowl in a half-century by beating the Tennessee Titans 35-24 for the AFC championship.

In two weeks in Miami, they will play the winner of the NFC title game between Green Bay and San Francisco.

Mahomes did his usual superb job passing, but it was his 27-yard tap dance down the left sideline late in the first half that gave the Chiefs their first lead. From there, they outran the run-oriented Titans and star back Derrick Henry.

The Tennessee Titans hoped to follow the same game plan against the Kansas City Chiefs that carried them to playoff wins in Baltimore and New England.

They gave the ball to running back Derrick Henry as much as possible. The Chiefs instead held Henry to 69 yards and forced Ryan Tannehill to beat them through the air.

And while the Titans quarterback played well most of the game, he couldn't keep up with Patrick Mahomes and the high-powered Chiefs in a 35-24 loss in the AFC championship game Sunday.

There are three Western New York connections to  the Super Bowl already.

Former Bishop Timon and University at Buffalo standout Demone Harris is on the Chiefs' roster, as is Ryan Hunter from Canisius High School and Bowling Green State University.

Jody Fortson, who played at South Park High School and Erie Community College before transferring to Valdosta State, is on the Chiefs' practice squad.

RELATED: What would you give up to watch your team at the Super Bowl? Here's what fans said