Rangers catcher Jonah Heim, an Amherst High School graduate, got to play in front of dozens of family and friends when the Blue Jays hosted Texas at Sahlen Field. 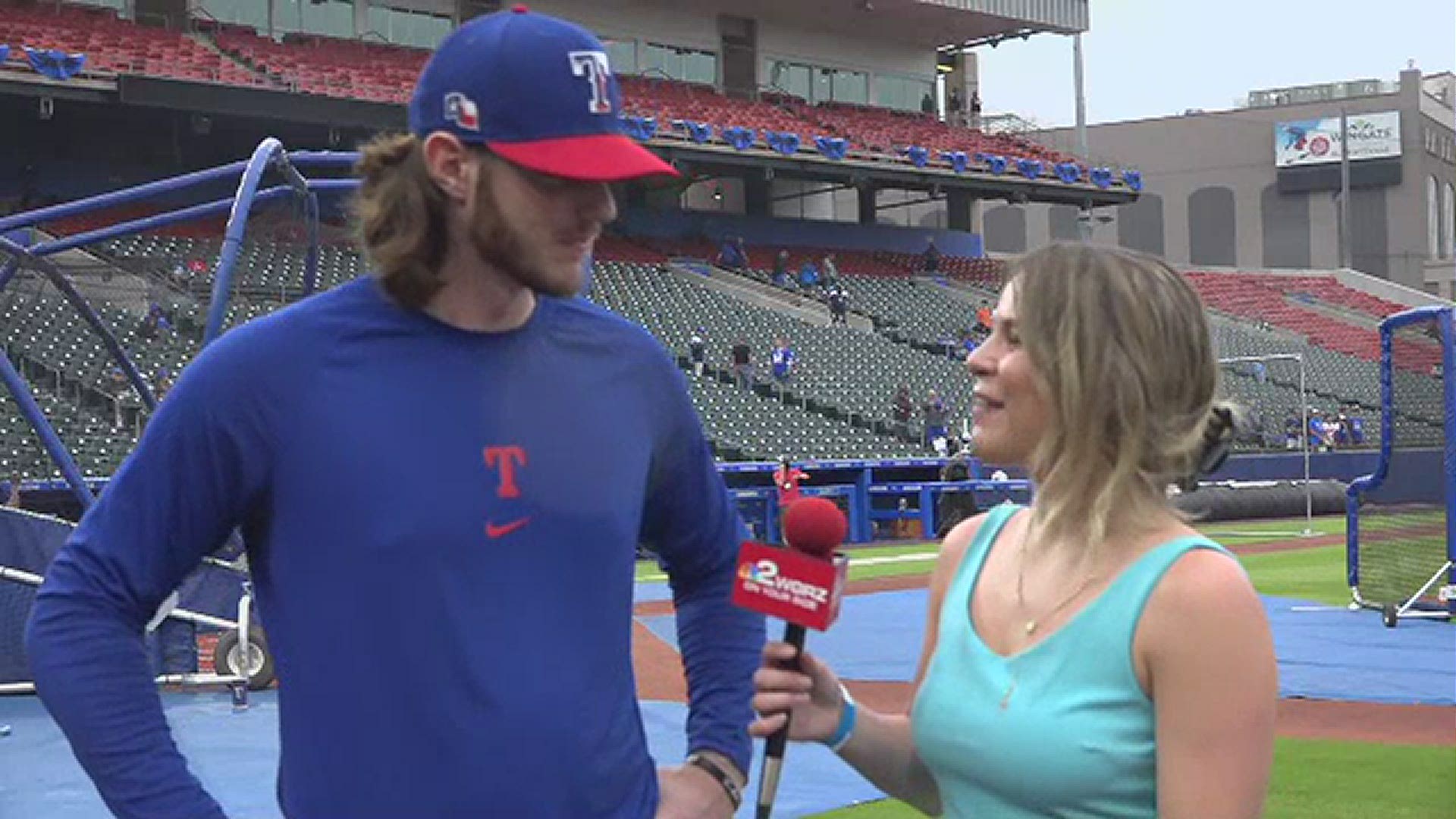 BUFFALO, N.Y. — It wasn't the weekend he was hoping for in Buffalo -- the Blue Jays swept the Texas Rangers and outscored them by 23 runs over the three-game weekend series.

But in a backup host city with only eight series in front of fans because of the COVID-19 pandemic, Rangers catcher Jonah Heim realizes how special it was to have a chance to play in front of his hometown.

Heim said about 30 to 40 family members made it to Sunday's doubleheader at Sahlen Field after Saturday's game, the second of the three-game series, was postponed for rain.

2 On Your Side's Julianne Pelusi met with Jonah and the Heim family ahead of the start of the series on Friday. Jonah's father, James Heim, said he was the first one to cry getting to watch his son, an Amherst High school grad, who grew up just a 10-minute drive away from Sahlen Field, play in his hometown.

"Just thinking about it ... Jonah was born seven blocks from here," James Heim said. "The fact that his son gets to see him play a big league game in the city that he was born, it's crazy."

Jonah's son, Nash, is only 5 months old, but he will have a lifetime of memories to look back on between pictures and game video from when his father played in Buffalo, and he got to be there.

"It's really special. Anytime he can come out to the ballpark and get some pictures and watch me play is awesome," Heim said of his son.

"I love that little guy more than anything in the world, so him getting to see where I grew up and getting to see me play here is probably the most special moment of the weekend."

Heim's love for Western New York and the City of Good Neighbors isn't just etched into his heart. The Buffalo skyline is tattooed on his arm.

"As a kid from Buffalo, you usually don't get that kind of support on the road like that," Heim said.

"Being in the minors for seven years and finally getting this opportunity ... the support is awesome."

Rangers catcher @Jonah_heim6 saying hello to his five-month old son Nash and his family ahead of tonight’s game at Sahlen Field in Buffalo, ten minutes from Jonah’s hometown. @WGRZ pic.twitter.com/bcKm5N2X1L