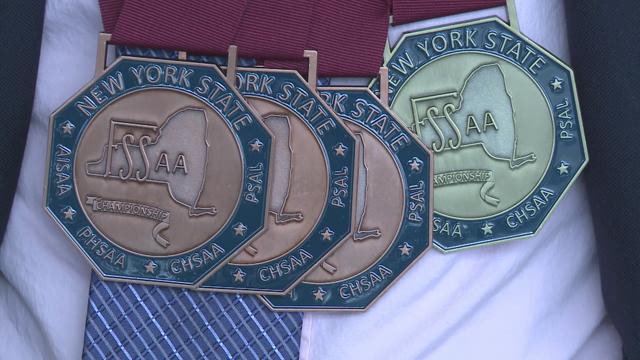 BUFFALO, NY - It was quite a weekend for four swimmers from Canisius High School. At the New York State championships in Long Island over the weekend they won the state title in the 200 meter freestyle relay.

Maynard told Boyar, "The whole season, the last two and a half weeks, went from 'hey we had a nice season' to 'we had a season I'll never forget.' It was great."