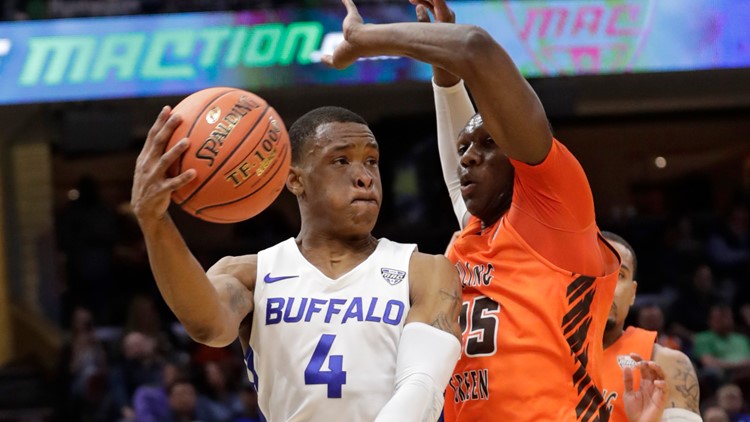 BOTTOM LINE: Buffalo looks for its sixth straight win in the head-to-head series over Eastern Michigan. Buffalo has won by an average of 12 points in its last five wins over the Eagles. Eastern Michigan's last win in the series came on Jan. 12, 2016, an 81-69 win.

SUPER SENIORS: Buffalo's Jayvon Graves, Davonta Jordan and Antwain Johnson have combined to account for 50 percent of the team's scoring this season and have scored 49 percent of all Bulls points over the last five games.

GIFTED GRAVES: Graves has connected on 35 percent of the 137 3-pointers he's attempted and has made 7 of 25 over his last five games. He's also made 67.1 percent of his foul shots this season.

WINNING WHEN: The Eagles are 5-0 when they score at least 72 points and 6-10 when they fall shy of that total. The Bulls are 9-0 when they hold opponents to a field goal percentage of 42.9 percent or worse, and 5-8 when opponents exceed that percentage.

DID YOU KNOW: The Buffalo offense has scored 79.4 points per game, the 18th-highest figure in Division I. Eastern Michigan has only averaged 64.9 points per game, which ranks 280th nationally.