The Sabres traded a third-round draft pick in 2021 to the New York Rangers for forward Jimmy Vesey. 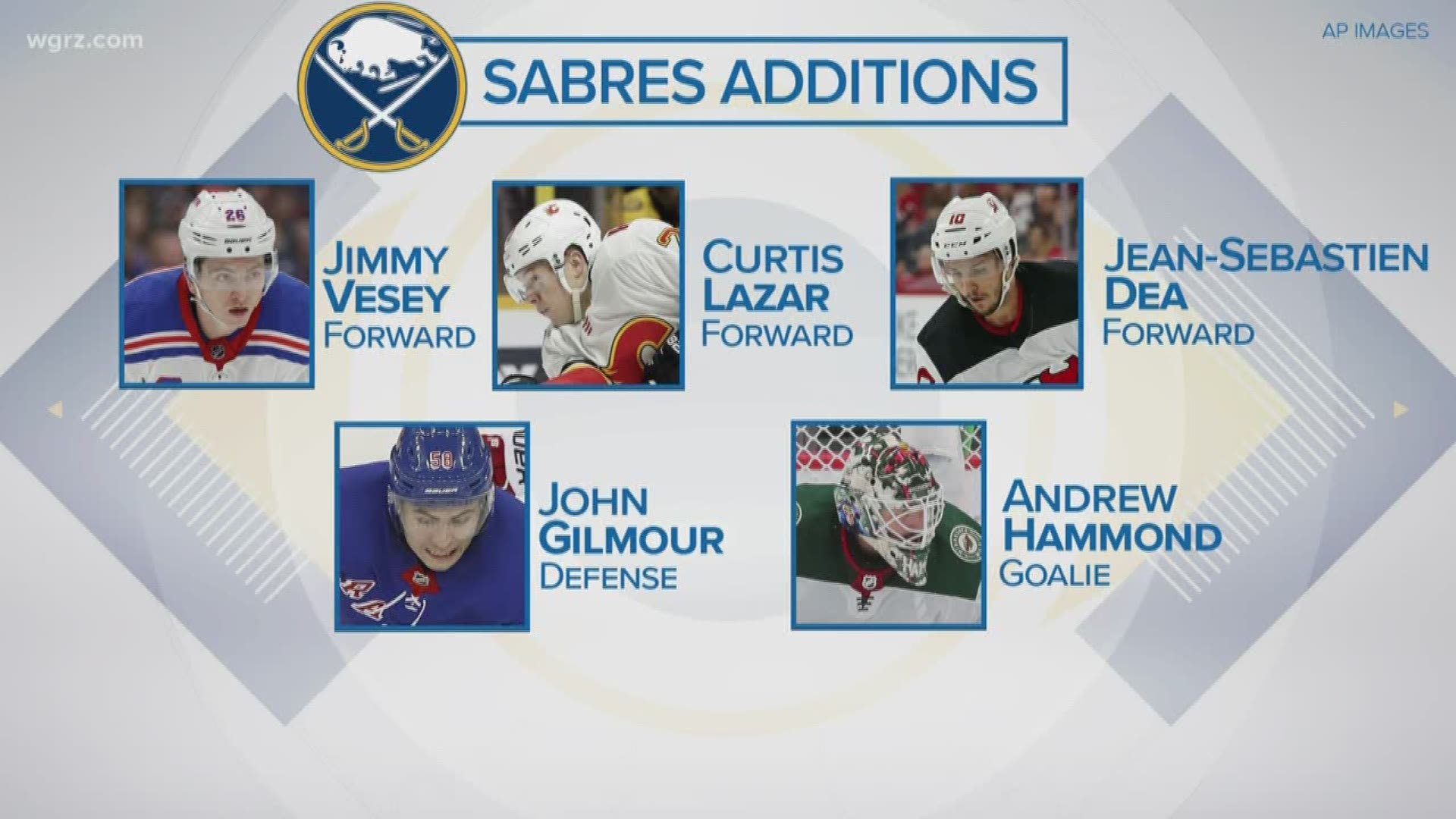 The Sabres traded a third-round draft pick in 2021 to the New York Rangers for forward Jimmy Vesey. Vesey (6’3”, 199 lbs., 5/26/1993) totaled 35 points (17+18) last season, including 31 at even strength, which ranked third among all Rangers skaters in 2018-19. For the second consecutive season, 16 of his 17 goals were scored at even strength. Vesey has played three seasons with the Rangers. Before starting his pro career he played four seasons of college hockey with Harvard.

Vesey's agent told Two On Your Side's Stu Boyar "Jimmy's very excited. He knew something might be happening for awhile because Rangers were going to be in on Panarin. He thinks Buffalo is  on the upswing and thinks there's a good young nucleus and being a part of that is very exciting to him.He knows Jack Eichel very well. They played in summer leagues together so he has an instant comfort level coming to Buffalo. He's heard many good things about the new head coach. He's chomping at the bit to get there."