Hamilton: Sabres back in a game-like atmosphere

The Sabres, missing the NHL bubble postseason in 2020, scrimmaged Monday, for their first game-like appearance since March. 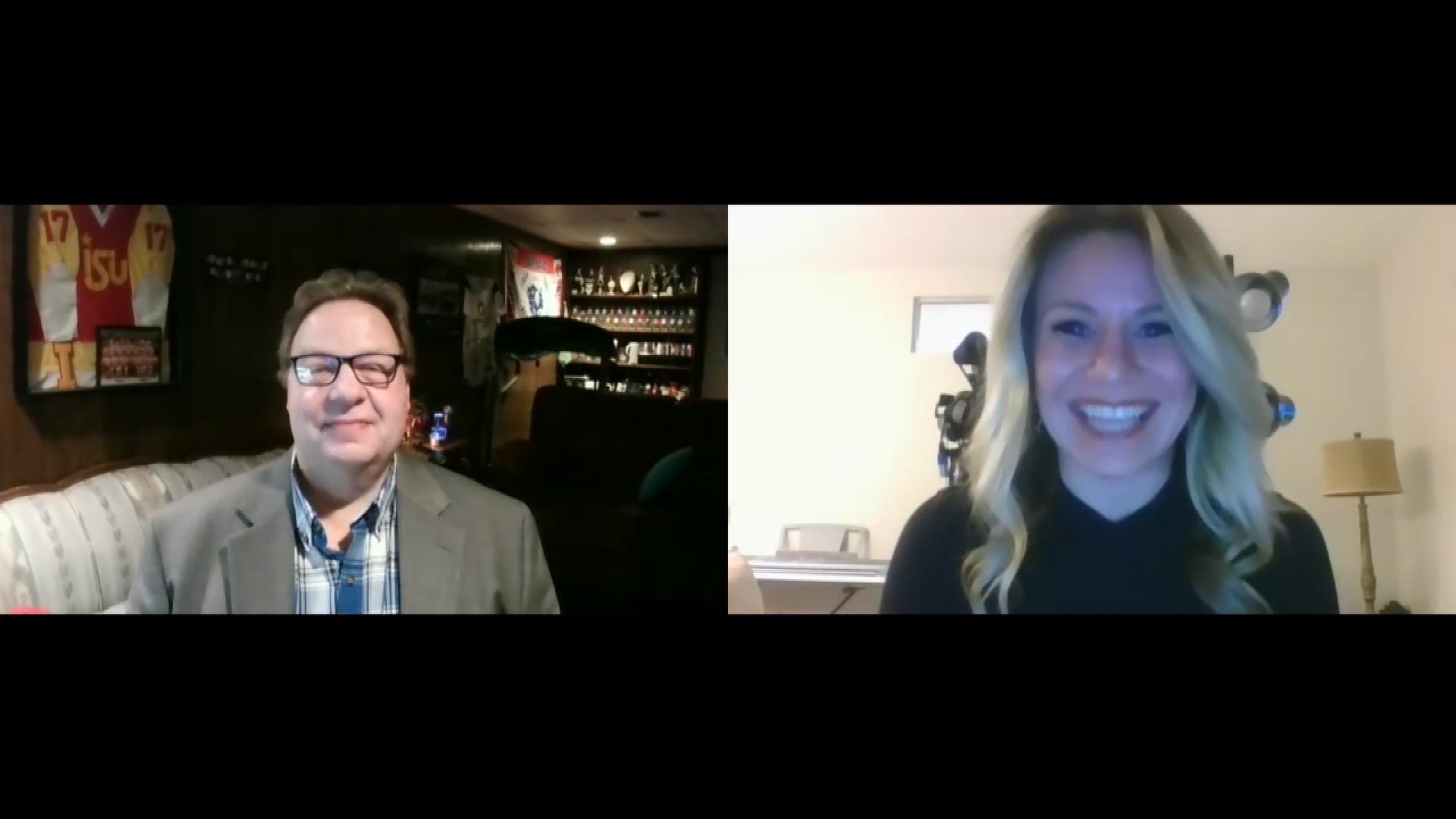 BUFFALO, N.Y. — On Monday the Sabres were finally in game type conditions for the first time in almost 10 months. Buffalo held a blue and gold scrimmage and I thought many players showed well.

It started in goal with Carter Hutton. Ralph Krueger called him the star of the game saying, “He really held his team in the game, there were quite a few scoring chances where he neutralized them.”

“I was very, very pleased with the confidence and the overall aura that he showed and to score a goal at the end was a nice finishing touch.”

Yes, Hutton did shoot the length of the ice to score in the empty net giving his Blue team a 5-1 lead.

What I liked about the veteran goaltender is he looked smooth in his crease and confident. He was out challenging shooters and made some brilliant saves on Jake McCabe and Jacob Bryson cutting in open through the circles.

Hutton was under pressure from the Eric Staal line. That line looked good and produced numerous scoring chances. Twice Sam Reinhart found Staal alone in front. Once Hutton challenged forcing Staal to put the puck over the net and the other time he made a nice save.

Watching Staal do all the little things right is what makes the trade from Minnesota so appealing. During his first shift he broke in through the left circle and faked a play to the net. He froze the defenseman, went behind the net and set up a great scoring opportunity.

His battles seem effortless at times, but he usually wins them and comes out with the puck. Part of that is the way he protects the puck. He makes it very difficult for a defender to get it off his stick.

Tage Thompson didn’t score, but from start to finish, he was the Sabres best forward. He never stopped going to the net. The teams were feeling each other out to start, but Thompson was producing chances using speed and strength.

This was Thompson’s first game since November of 2019 when he injured his shoulder crashing into the wall. In the second period Thompson made plays at both ends of the ice which showed how committed he is to improving. No. 72 busted it back into the defensive zone to break up a dangerous scoring chance. He then took the puck and made a perfect outlet pass up ice. The hustle didn’t end there. Thompson followed his pass up ice and just inside the blue line, caused a turnover leading to a quick 2-on-1. Thompson put a gorgeous pass over to Arttu Ruotsalainen who had a wide open layup for a goal.

His best chance came as he blasted off through the left circle and ripped one off the far post on Jonas Johansson.

As far as Ruotsalainen goes, he had an interesting scrimmage.

It shouldn’t have taken him long to warm up because he’s already played 19 games in Finland leading the league in scoring with 16 goals and 27 points, but Thompson and Taylor Hall were great in the first period, but their centerman was hardly even noticeable.

That changed in the second period as Ruotsalainen started showing his improved speed and started getting engaged in the battles and the play. Many of the 23-year-old's goals in Finland came on one-timers from the circle on the power play. He had one of those chances is this game on the PP, but Johansson made the save.

I liked how he worked hard without the puck and in one case, it caused a turnover that led to a chance.

Casey Mittelstadt showed off his improved speed after Ruotsalainen’s stretch pass sent him in.

Mittelstadt didn’t show a lot in the first 40 minutes, but I thought he played really well in the third period. He seemed to gain some confidence in his passing and that led the scoring chances. I still think he’s a long shot to make the team unless there are injuries.

Henri Jokiharju staked his Blue team to a 2-0 first period lead. Both goals came because he showed a willingness to get pucks to the net. The defenseman admitted that it’s something he needs to do better than he did last season. In 69 games last year Jokiharju had four goals and 11 assists for 15 points. I think by just getting pucks through, he will improve on those numbers.

I liked the way a pair of Amerk defensemen played. The Sabres No. 2 pick in 2018 was Mattias Samuelsson. He was paired with 2016 No. 3 selection Casey Fitzgerald and they were solid throughout the game. They didn’t do anything special, but they were always in position and never tried to play outside themselves. They made the simple plays and it worked.

Other goals were scored by Cody Eakin and Tobi Rieder.

Overall it was a good start to simulating game conditions. Obviously there’s still a long ways to go, but I like the work ethic I’ve seen since Friday.

Zemgus Girgensons had to be helped off the ice in the second period after trying to get the puck away from a forward. As he lunged, Girgensons did a split and went down. He couldn’t put any weight on his left leg. Krueger said he was still being assessed and was being scanned. Krueger did call the injury, “a very questionable lower-body injury.”

Buffalo has Tuesday off and before Girgensons got hurt, Krueger said they should have everybody back to practice by Wednesday. That would include Jack Eichel, Victor Olofsson and Linus Ullmark.