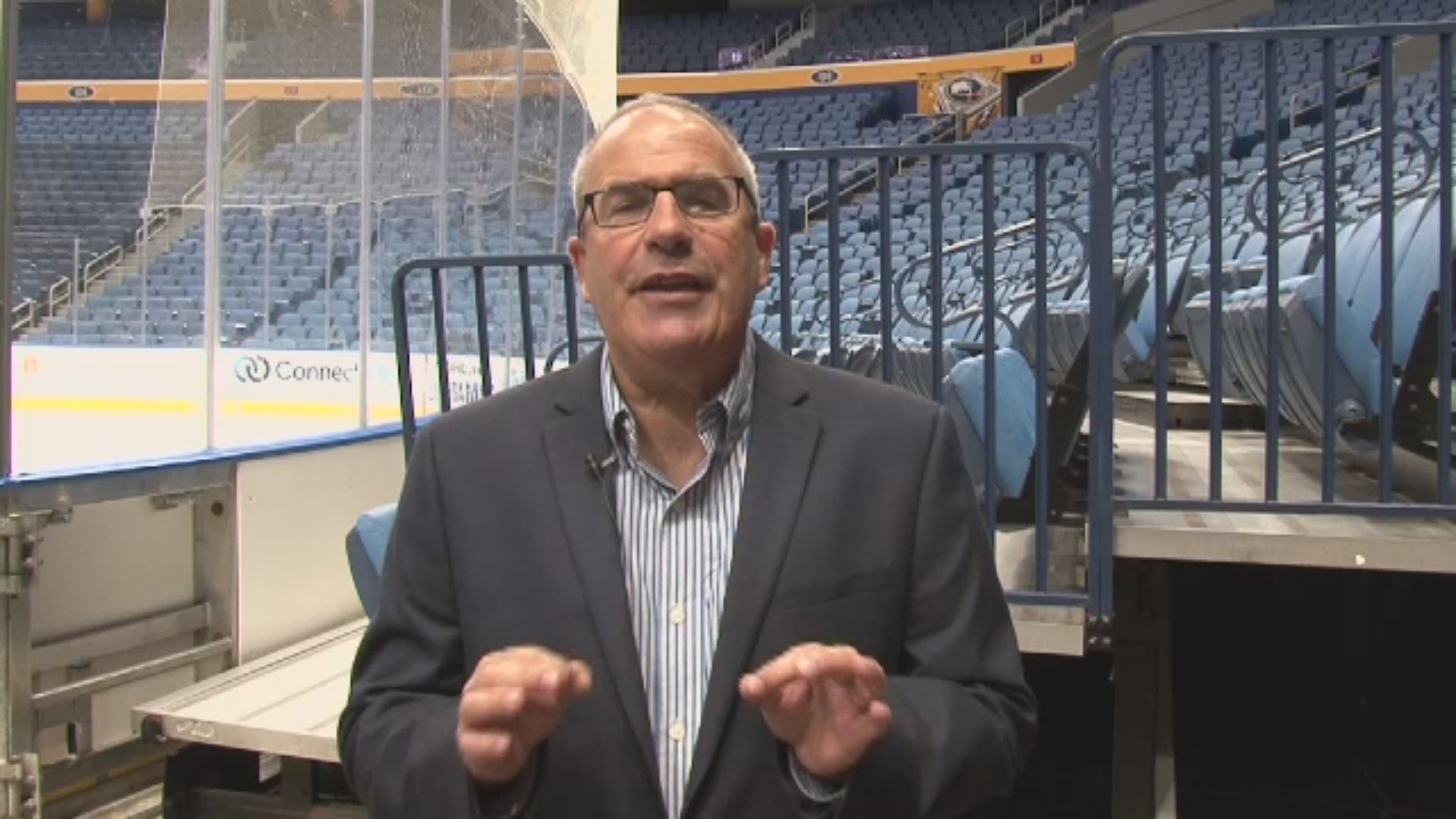 BUFFALO, N.Y. — By the time the regular season starts for the Buffalo Sabres on October 3, the team can only have 23 active players on its roster. With just two preseason games left to play that means it's getting close to decision time for head coach Ralph Krueger.

"We’re pleased with this group that’s out there right now and we’ve kept such a big roster because of how well everybody has performed in training camp," Krueger said. "We’d be comfortable with any mix of these 12 forwards starting for us."

That's good for everyone still in training camp with the team as they prepare to face Columbus at the Key Bank Center Wednesday night.

Krueger says not to put too much emphasis for any player on the final two preseason games.

"However the decisions will fall they won't be based only on these two games," he said. "We have a bank of history here whether its last season observing what went on there through this summer and training camp and its not going to be one moment that will push a player one way or the other."

Forwards Johan Larsson and Conor Sheary did not practice on Tuesday. Forward Scott Wilson returned the ice along with defenseman Rasmus Ristolainen who was out sick Monday.