The Buffalo Sabres have now lost three straight games, including back-to-back 3-0 losses to Philadelphia at home this weekend. 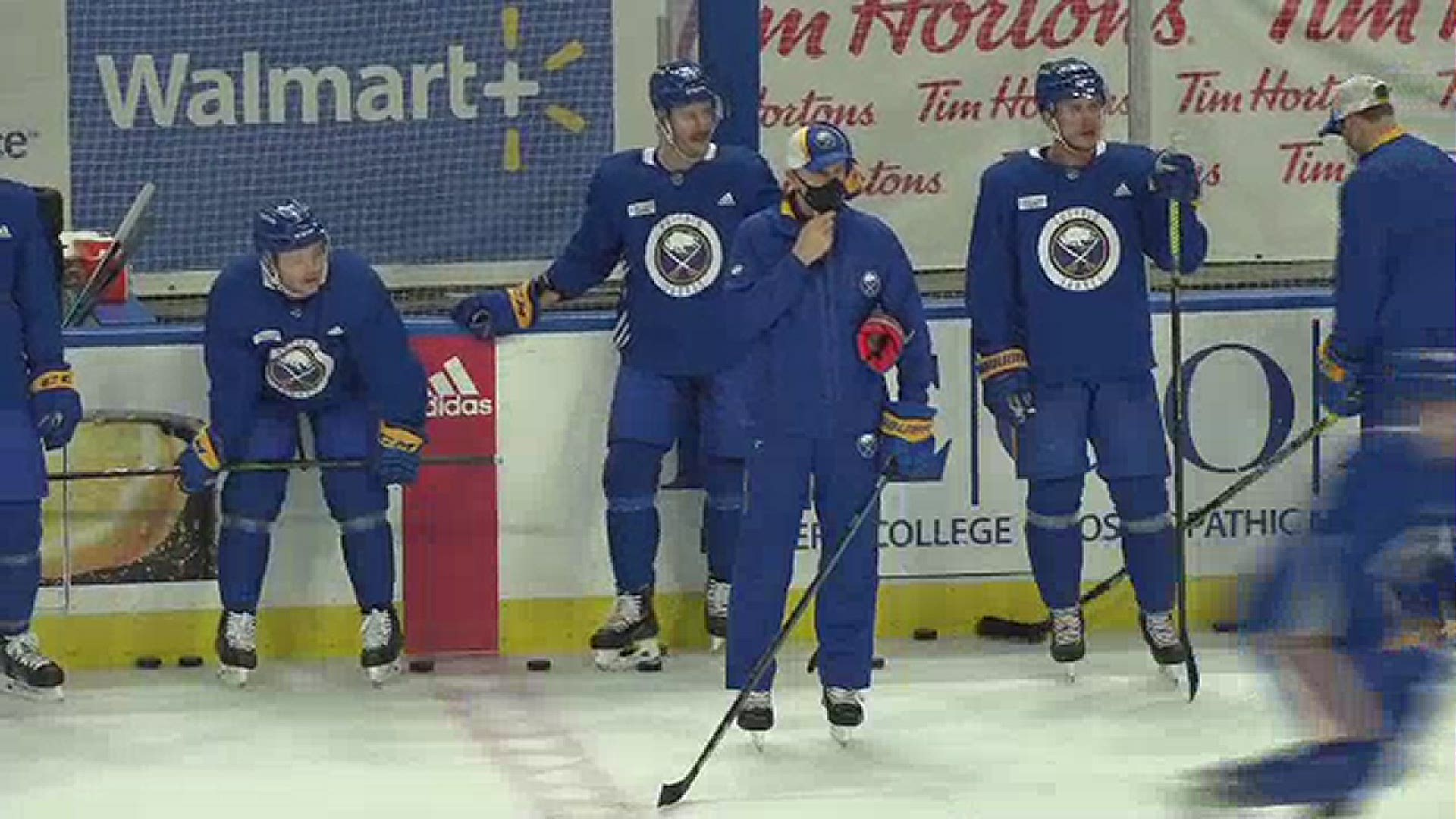 BUFFALO, N.Y. — Sabres Head Coach Ralph Krueger said he is "absolutely not" worried about his job security on Sunday, after back-to-back shutout losses to Philadelphia this weekend.

"I'm not wired that way," Krueger said. "I'm wired to to work on solutions and to take responsibility, and I do both right now."

"Coach isn't on the ice. We're on the ice. Playing together just seems like... we're off," Sabres captain Jack Eichel said, defending his coach after Sunday's 3-0 loss to the Flyers.

"[It] doesn't seem like we're on the same page, and [the East Division], where the checking is as tight as it is, doesn't allow for that."

The Sabres are currently last in their division, with 15 points over 19 games. With the top four of the eight divisional teams making the postseason, the playoffs already seem out of reach for the Sabres, a month and a half into the season.

"Right now we have nothing to lose, so we have to some alternatives around, but it all starts with competing," defenseman Rasmus Dahlin said.

"Someone has to step up and make a hit, make a play, I don't know. We have to find something, but it all comes down to work for each other, to start to compete."

"[It] seems like we're working and like everyone's in the right mindset it's just seem like we're not very connected as a group, so I'm trying to process this all myself," Eichel said. "It's tough... If we had answers I think we would be spitting them out."

But of course, it's Krueger's job to find these answers, but the players are left with just questions - including their coach questioning their confidence - after eight losses over the last 10 games.

"We need to get back to the fundamentals, but we need to we need to also psychologically make sure we're connected as a group, that we work as units and for each other and point fingers at ourselves and not the others," Krueger said on Sunday.

Krueger will not have much practice time with the team this week, as the Sabres did not practice Monday, traveling to New York for the first of four games in six days against the Rangers on Tuesday night.

The Sabres will need to find a way to generate more offense, and do so quickly, to move ahead from where they are "at right now."