WGRZ's Adam Benigni and Vic Carucci of Sports Talk Live and the Buffalo News share their thoughts on the Bills selection of Georgia quarterback Jake Fromm. 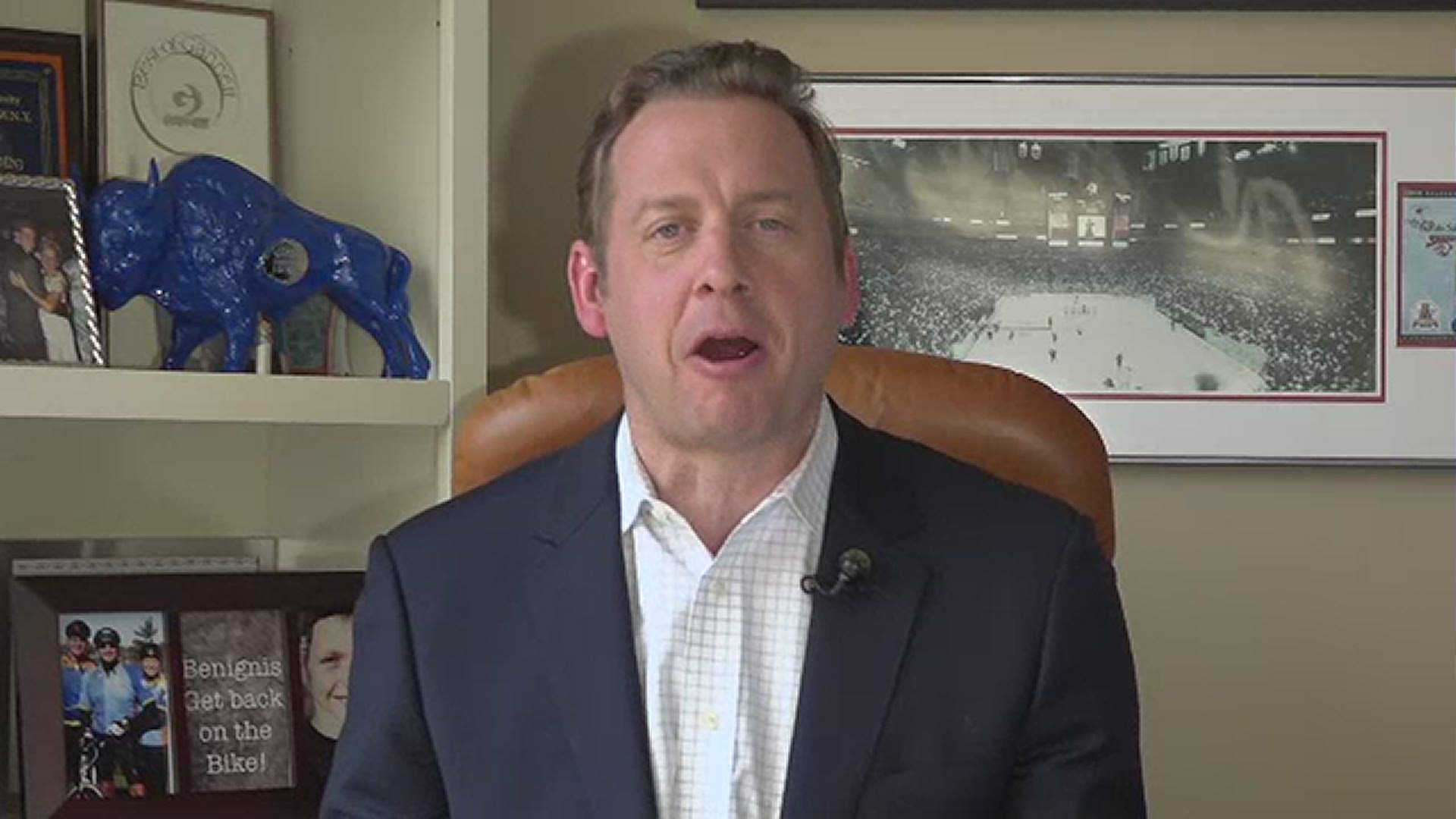 BUFFALO, N.Y. — By most accounts, the Bills are being given credit for a very solid 2020 draft despite not having a first round pick, which they traded to Minnesota to acquire top receiver Stefon Diggs.

They addressed some key areas of need along with depth, but the pick that stood out was Georgia quarterback Jake Fromm in the fifth round.

Heading into his third season, Josh Allen is entrenched as the Bills starter.  Fromm will compete with Matt Barkley for the role of Bills back-up.

Fromm had tremendous success during his time at Georgia, leading the Bulldogs to the National Championship game in 2017. He's known for his football intelligence, but many think that at 6 feet 2 inches tall, he lacks the height and arm strength to succeed as a starter in the NFL.

WGRZ's Adam Benigni and  Vic Carucci of the Buffalo News and Sports Talk Live share their thoughts on the Bills selection of Fromm.