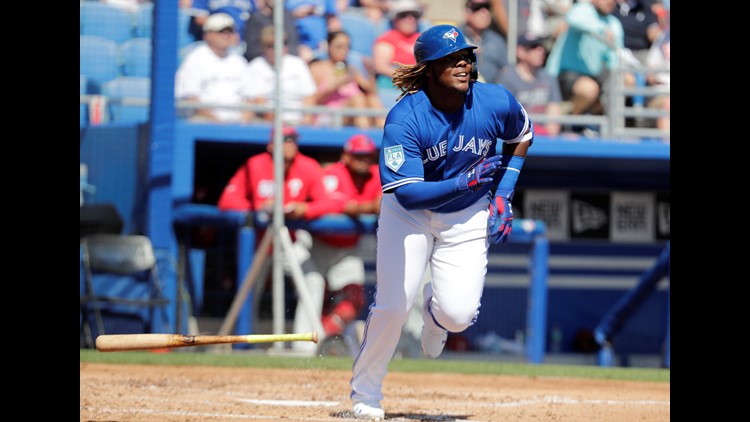 TORONTO, ON — The Toronto Blue Jays will promote top prospect Vladimir Guerrero Jr. before Friday's game against the Oakland Athletics.

Manager Charlie Montoyo announced the move after Toronto lost to San Francisco 4-0 on Wednesday. The Blue Jays are off Thursday.

"Hopefully he becomes what everybody thinks he can become," Montoyo said of Guerrero, the son of Hall of Famer Vladimir Guerrero.

Toronto has yet to announce a corresponding roster move.

Major League Baseball's Twitter feed posted an image of Guerrero swinging Toronto's landmark CN Tower as if it were a baseball bat, under the caption, "It's happening!"

Guerrro went 2 for 5 with a home run for Triple-A Buffalo on Wednesday. It marked the first time he had played three consecutive games at Buffalo. Guerrero missed the start of the season after an oblique injury in spring training.

Guerrero hit .367 with three homers and eight RBIs in eight games at Triple-A.

Following their weekend series with the Athletics, the Blue Jays head to Los Angeles to face the Angels, the team Guerrero's father starred with for six seasons.