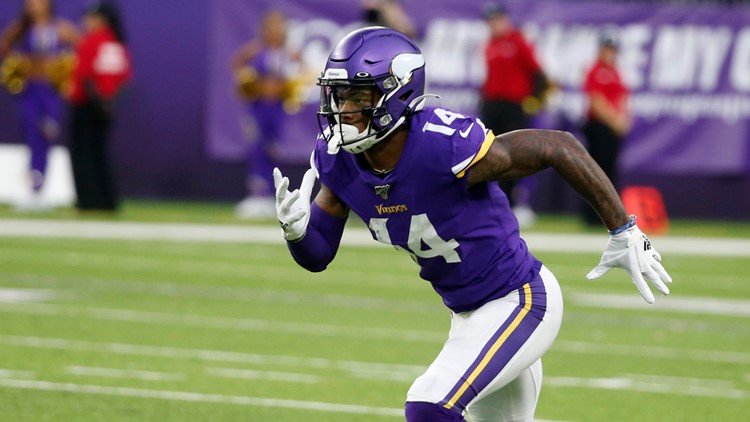 Photo by: AP
Minnesota Vikings wide receiver Stefon Diggs runs up field during the first half of an NFL football game against the Detroit Lions, Sunday, Dec. 8, 2019, in Minneapolis. (AP Photo/Bruce Kluckhohn)

The trade was agreed to Monday and announced Friday by both teams. The Vikings acquired four draft picks, including Buffalo's first-round choice (22nd overall), giving them five of the top 105 picks in this year's draft.

Minnesota also acquired Buffalo's fourth- and fifth-round picks this year, and a fourth-round selection in 2021.

Buffalo also acquired the Vikings' seventh-round pick to provide the offense a primary deep threat it has been previously missing.

Diggs has topped 1,000 yards receiving each of his past two years.