You will need a mobile ticket to go to Saturday's 10 a.m. practice. 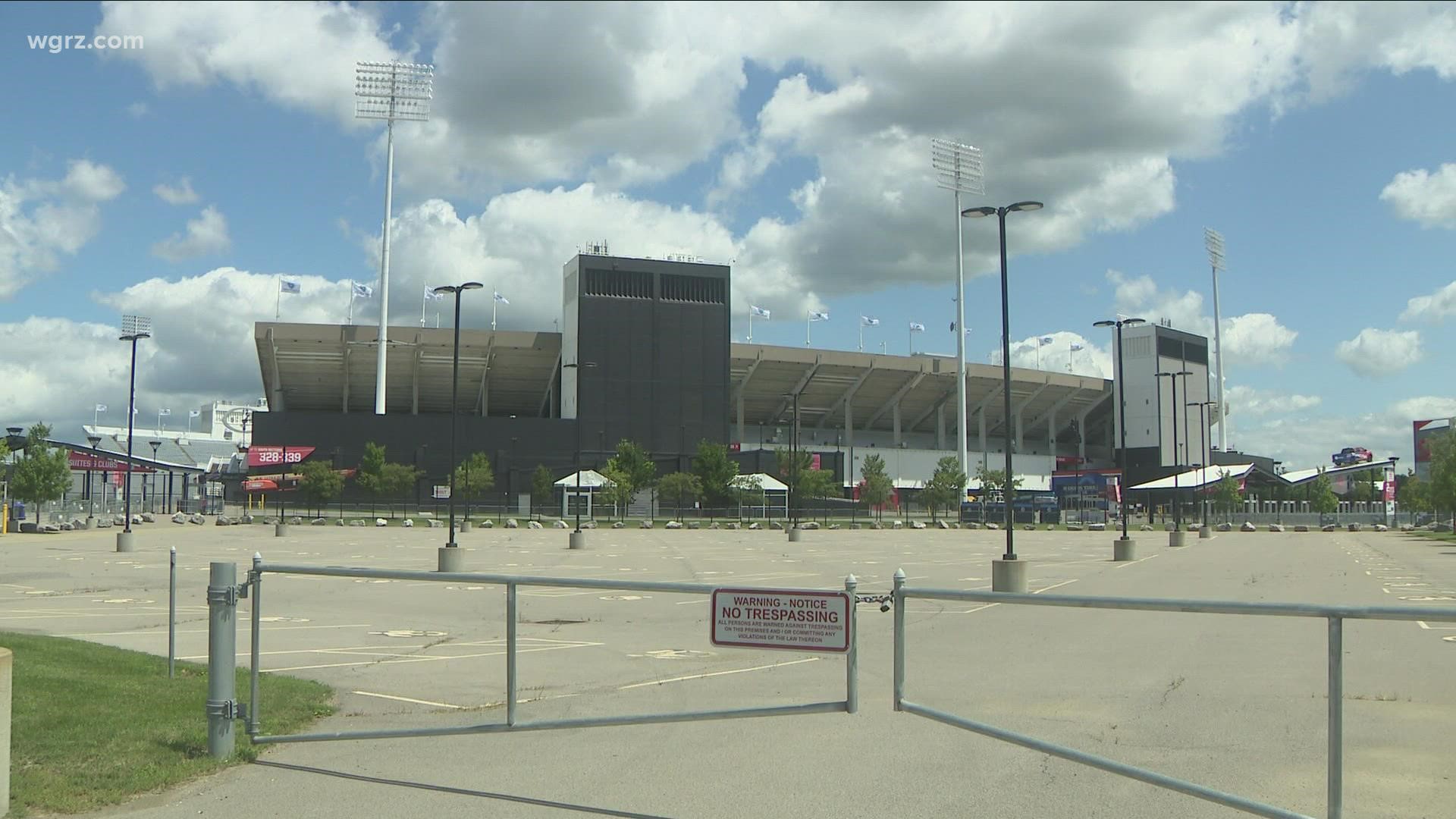 ORCHARD PARK, N.Y. — Unless you were one of the lucky ones to catch a playoff game, it's been a long time since most of us have gotten to see the Bills in person.

That ends Saturday with the first open practice of training camp in Orchard Park.

And there are some changes because of the pandemic that you'll want to know about before you go on Saturday morning. Like many events, while it is free to go, you do still need to get a ticket online before you show up. Tickets are general admission for Highmark Stadium. They are still available.

Parking is free, and the lots open two hours before practice starts - so at 8 a.m.

So again, Abbot Road closes at 7, you can get into the parking lots at 8, and gates open at 9. Practice starts at 10.

"The team's excited to have fans there, you know, we're excited to welcome the fans back, of course, and it should be a great day. We're going to have the lower level open, so the entire lower level will be open, and it's general admission seating, so fans can sit where ever they like, and we really just wanted to make sure we took care of the fans in some manner during training camp here, you know, worked with Coach McDermott and the football staff to create three open practices for the fans, and tomorrow's the kickoff one, so we're looking forward to it," said Andy Major, V.P. of Operations and Guest Experience.

If you are unvaccinated, you have to wear a mask the whole time unless you're eating or drinking.

You can bring single serve, unopened food containers in an approved bag. Strollers and umbrellas are allowed.

The team is excited to see everyone, and thanks fans for coming out for the playoff games.

"They took the time to get tested and go online to get verified and come in the stadium and all this stuff, and they did it, and they did it with a smile on their face and cheered the team on. It felt like we had 70,000 fans here for those playoff games, and it was tremendous, and as a staff, as a team, you know, we've been dying to see our fans, right? We've been dying to interact with them. Our part time staff, our game day staff, they've been dying to come back. They want to see the fans, they want to welcome the fans and greet the fans, and they have relationships with the fans, and, you know, we're all in this together. We're one team," says Major.

Also, everything is cashless. If you want to buy food or drinks, or shop at the Bills store, leave the cash at home and use your credit or mobile payment.

Another change this year - there will be no autographs from players because of the NFL's COVID protocols, but there is a kid zone with fun activities for families.