Bills grind out victory in Tennessee, improve to 4-1 this season

Quarterback Josh Allen was active, as expected, in Nashville after passing through the NFL's concussion protocol. 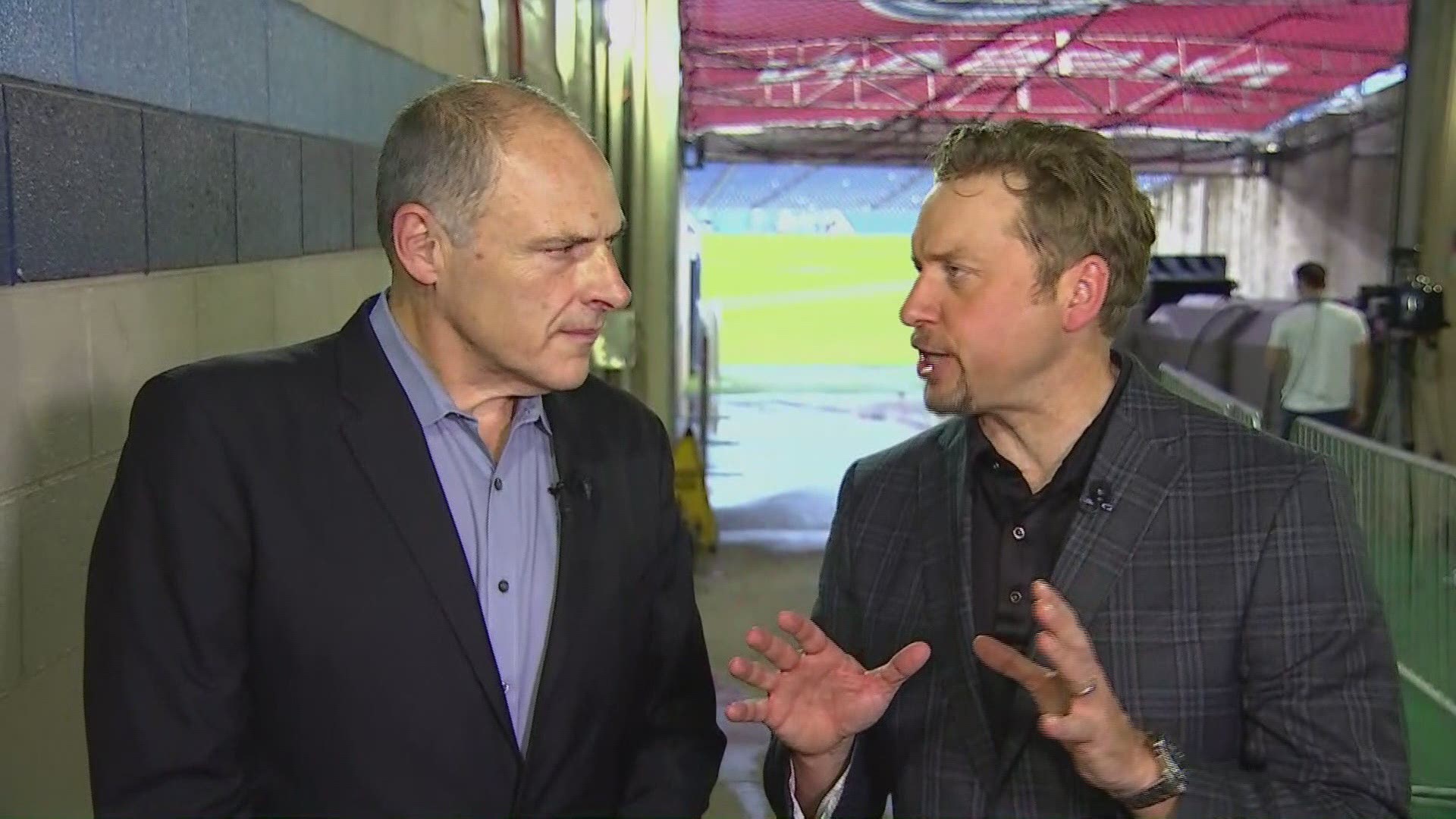 After a series of penalties, Titans kicker Cairo Santos missed a 30-yard field goal that looked partially blocked, the third miss of the game for Tennessee, and the game remains tied 7-7.  The Bills respond with a 6-play 77-yard drive.  Allen hooked up with Isaiah McKenzie for a 46-yard pass and run.  Allen capped it with a seven-yard TD pass to Duke Williams who was playing in his first career NFL game giving the Bills a 14-7 lead.  The game was nothing short of a disaster for the Titans on special teams with a fourth missed field goal.

The Bills got the ball to start the third quarter and Allen took a sack on third down.  The Bills defense forced a three and out as sustained drives and points continue to be hard to come by.  Coming out of the loss to the Patriots, ball security had been such a key storyline.  Allen didn't turn the ball over in the first half, but that changed in the 3rd quarter when he threw a pick on 3rd down, giving the Titans the ball at the Buffalo 38.  Tennessee responds witha 7-play 38-yard drive capped by a Derrick Henry 1-yard TD run to tie the game 7-7.  On the next Tennessee drive, Mariota connects with Jonnu Smith on a pass and run for a gain of 57-yards.

Quarterback Josh Allen is active, as expected, after passing through the NFL's concussion protocol and set to face the Tennessee Titans in Nashville.

Allen takes another big hit but bounces up trying to run for a first down. The Bills punt and the Titans muff it but are able to recover.  The Bills defense forces a three and out and  Tennessee punts from its end zone.  After a holding penalty, the Bills wind up with a drive start at their 39 when they would have been at the Titan 40.  Defense continues to win the day with each team forcing stops.  Jordan Phillips picked up his second sack of the game. The Bills are finally able to put together a 6-play 60-yard scoring drive that Allen caps with an eight yard TD pass to a wide open Lee Smith on a beautifully designed play to take a 7-0 lead late in the half.  The Bills defense comes up with another stop and Titan kicker Cairo Santos missed his second field goal of the game from 36-yards out.  Bills lead 7-0 at the half.

The Titans came out and basically went in reverse with holding and false start penalties to start the game.  The Bills defense foced a punt and Buffalo got its first drive start at its own 17.  Allen connected with John Brown for a gain of 19 to get things going, but the drive stalled against a very good Titans defense and the Bills were forced to punt. The Buffalo defense came up with another stop, and then the Bills got things going offensively.  Allen connected with Brown on a couple of intermediate routes and then converted a fourth and one on a sneak.  The Bills faced a 4th and 2 on the Titan 31 and Allen was then stuffed on a sneak as they turned it over on downs.  The Bills defense came up with a huge stop to end the quarter as Jordan Phillips sacked Marcus Mariota and the Titans missed a 50-yard field goal attempt.  First quarter ends scoreless.

RELATED: Bills look to bounce back from first loss of the season