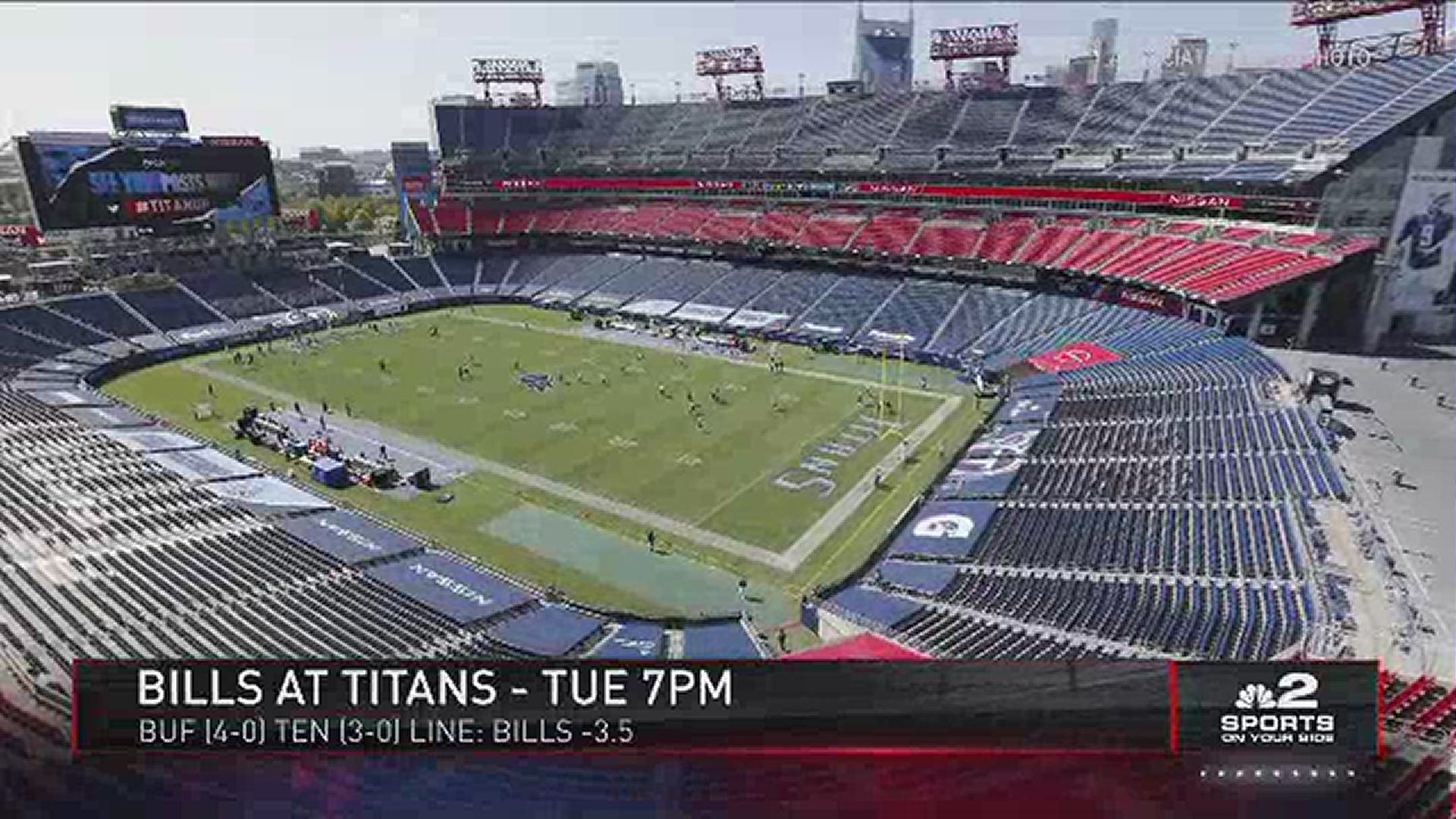 The Bills (4-0) and Titans (3-0) will kick things off tonight at Nissan Stadium in Nashville.

Both teams are unbeaten, but that is hardly the story.

Tennessee has endured the worst COVID-19 outbreak the NFL has seen this season.  Their last game was a 31-30 victory over the Vikings in Minnesota on September 27.  Their facility shut down two days later and their next formal practice was not until this past weekend.

What will be the impact?

The Bills have had to prepare in the midst of the uncertainty of not knowing if and when they were playing until late in the week.

WGRZ's Adam Benigni is joined by Vic Carucci and Jay Skurski of the Buffalo news to give their takes on the match-up.