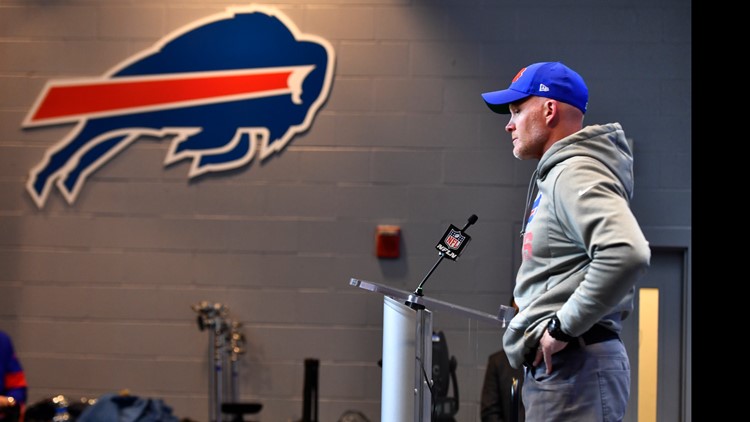 He'll tell you it is a major key to success in the NFL over an extended period of time.

He'll also tell you the Pittsburgh Steelers are one of the best examples of it.

"When you have an established culture because you've been there for a number of years, that helps you navigate... the adversity that comes every year in different forms... in this case it's been with the quarterback position."

The Steelers lost starting quarterback Ben Roethlisberger to an elbow injury in Week 2. Since then, Mason Rudolph has played and was benched in favor of undrafted rookie Devlin Hodges who has led the Steelers to three straight wins. The Steelers have won seven of their last eight games to improve to 8-5 on the season, one game behind Buffalo in the AFC race.

Tomlin has been head coach in Pittsburgh since 2007, and has led the Steelers to a 125-66-1 record during that stretch.

McDermott and Tomlin have a history.

McDermott was a freshman safety at William & Mary when Tomlin was a record setting receiver.

"He was one of the captains on the team I think in the second year if not the first year. A leader on the field, a leader off the field. He's a guy I learned a lot from just from watching."

McDermott says he continues to watch now in his third year as head coach of the Bills in trying to build a similar culture in Buffalo.

"You look at the way that Pittsburgh, the organization, has done things ... and how they've built it from the continuity and the consistency that they've had in their high level positions and they've been able to build it at the player level. I think the tradition speaks for itself."

The Bills (9-4) face the Steelers (8-5) in Pittsburgh on Sunday Night Football. Kickoff is 8:20 on WGRZ. Look for pregame coverage from Pittsburgh on Channel 2 News at 6 followed by a special pregame edition of Sports Talk Live Buffalo at 6:30 p.m. NBC's Football Night in America is set to begin at 7 p.m. with game coverage to follow at 8 p.m.