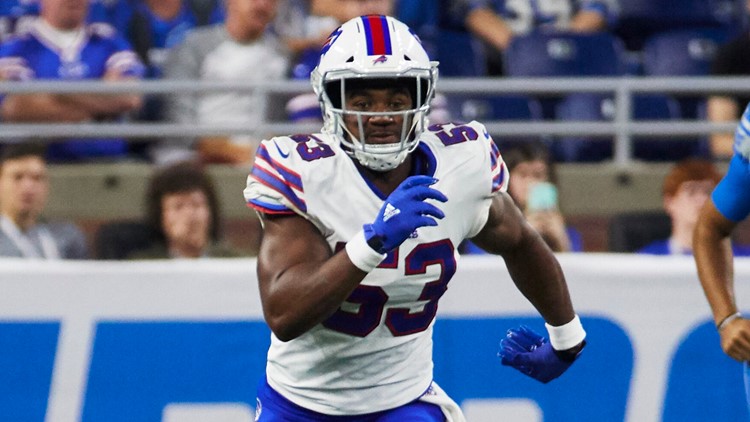 The suspension starts immediately and will be eligible to return to the active roster on October 28th following the Bills home game against the Eagles on October 27th.

Dodson went on the commissioner's exempt list on September 1st after cuts were made.

Disorderly conduct, assault/domestic violence and damage to property of less than $2,000 were the misdemeanor chargers Dodson faced in Scottsdale after an incident involving his girlfriend on May 25th.

Dodson signed with the Bills as an undrafted free agent out of Texas A&M. He made 19 tackles in four preseason games.