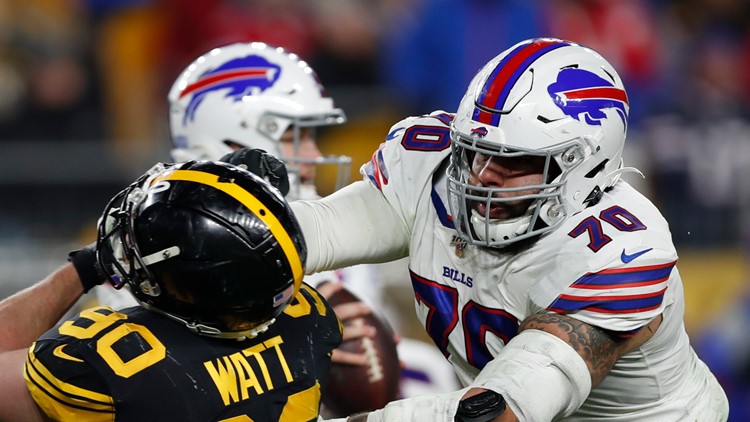 Photo by: AP
Buffalo Bills offensive tackle Cody Ford (70) plays during the second half of an NFL football game against the Pittsburgh Steelers in Pittsburgh, Sunday, Dec. 15, 2019. (AP Photo/Keith Srakocic)

BUFFALO, N.Y. — Add Cody Ford and Jon Feliciano to a growing list of Bills players having end of season surgery.

Ford, the Bills' second-round pick in 2019, tweeted that he had undergone surgery Wednesday and that things had gone well.  The Buffalo News was first to confirm is was on his right shoulder.

Later in the afternoon, fellow offensive lineman Jon Feliciano also tweeted that he had undergone surgery.  New York Upstate.com reported it was for a torn rotator cuff that he suffered during training camp.  He did not miss time during the season.

Neither injury appeared on any of the team's injury reports during the course of the regular season.

First-round pick Ed Oliver revealed what was reported as core muscle surgery earlier in the week.

The NFL is investigating why defensive end Jerry Hughes never appeared on an injury report after he revealed on social media that he had been playing with torn ligaments in his wrist.