It's safe to say that both Bills players and fans missed each other during Sunday's win over the Jets. 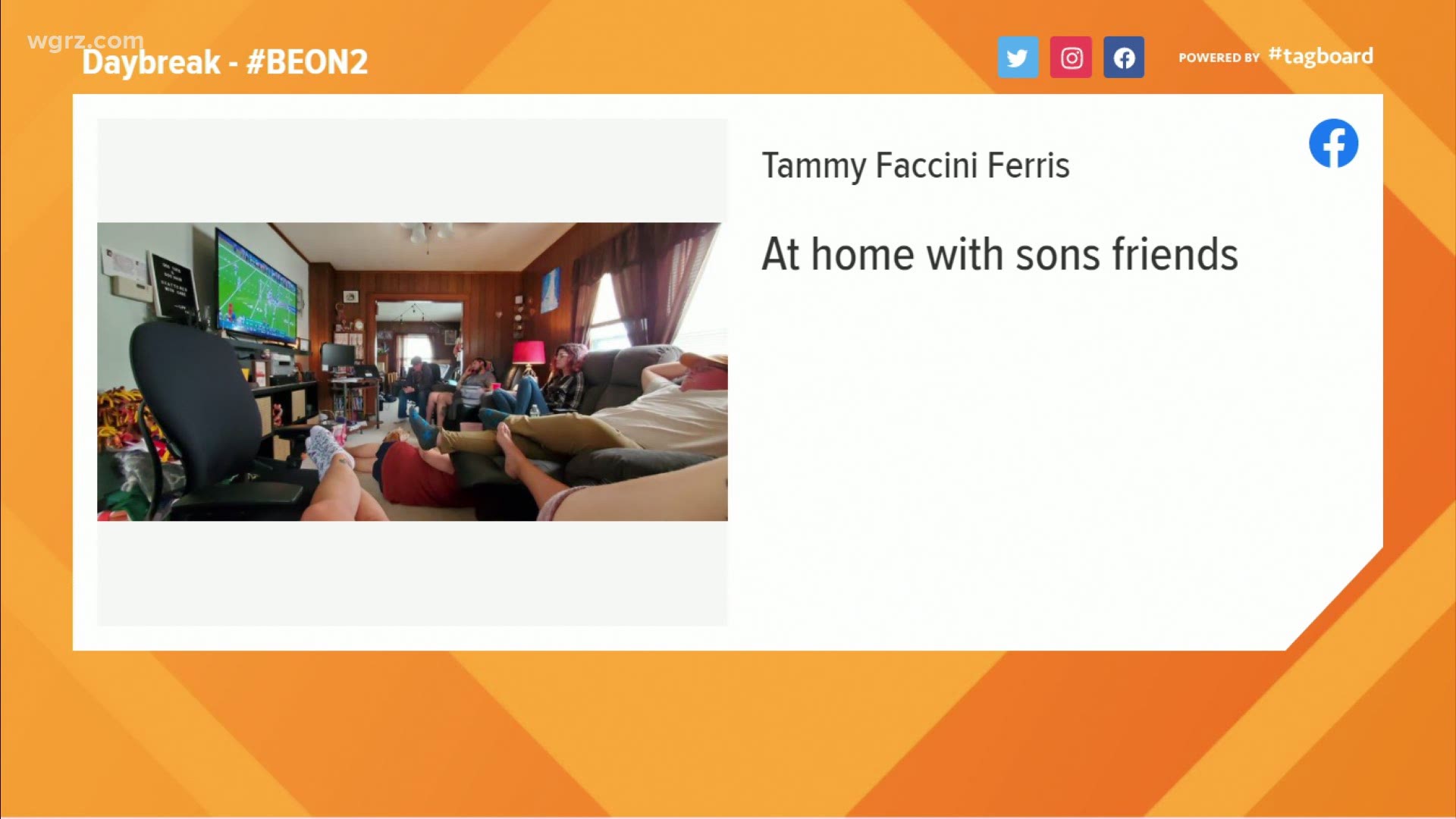 BUFFALO, N.Y. — It was a strange day for the Bills and their fans, as the team opened their season with a win at home over the Jets in front of an empty stadium. No one was allowed inside or even outside in the parking lots, due to concerns over the spread of COVID-19.

But the circumstances didn't stop fans from celebrating the moment. Here's a round-up of some of the best social media posts you may have missed from gameday:

The Shout Song Plays On

A lot of people who watched the game at home may have wondered why, even without fans in attendance, the Shout Song wasn't playing in the stadium after the Bills scored. Well, the team shared a video of the song playing as the team celebrated the win on the field, clarifying for a fan who replied that it was played after scores, it just couldn't be heard on the broadcast.

The Shout Song happens even when you’re not here, #BillsMafia

The Blue Jays also showed support for the Bills before they hosted the Mets at Sahlen Field Sunday, saying Buffalo has made them feel like one family.

The team later tweeted after their 7-3 win that it was only appropriate they score a touchdown on a Sunday.

Only fitting we put up a touchdown on Sunday 😏 pic.twitter.com/RO0n2ke460

The Bills players shared their messages for fans and opened up about what was it was like to play in front of an empty stadium. Wide Receiver Stefon Diggs admitted it actually took him a moment once he got on the field to remember there wouldn't' be a crowd.

Other teammates shared their messages for fans on social media after the win:

Buffalo let’s keep stacking 1-0 ..Missed y’all in the stands today, But I Know for sure y’all were letting your presence be felt watching the TV #YouAlreadyShnow #BillsMafia