Baker Mayfield winds up capping a 10-play, 82-yard drive with a 7-yard TD to Rashard Higgins to win it for Cleveland. 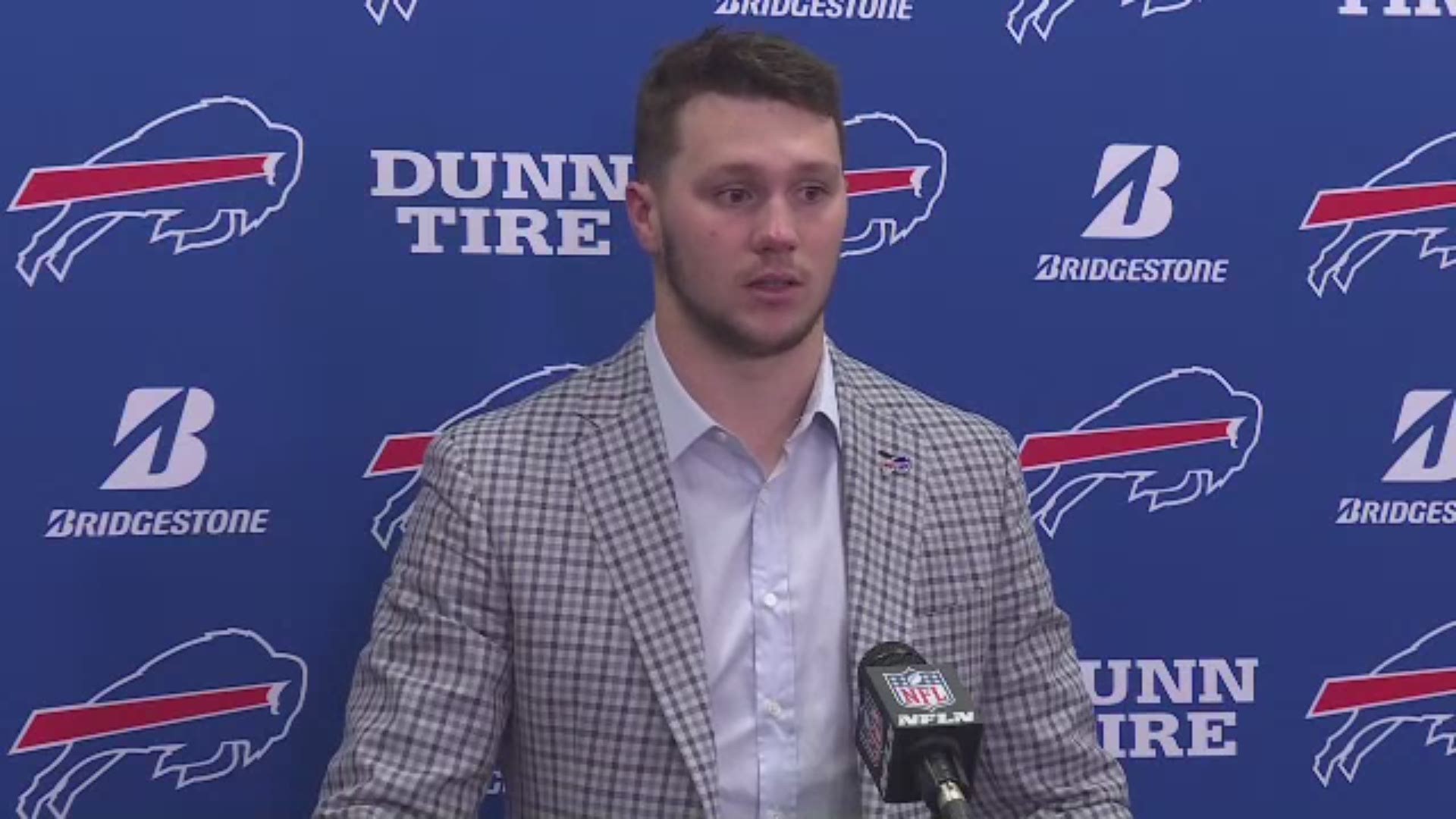 The Browns take the opening drive straight down the field for a touchdown.  6-plays and 75-yards with all but one of the plays through the air.  Baker Mayfield capped the drive with a 17-yard TD pass to Jarvis Landry, who was penalized for unsportsmanlike conduct.  The Bills elected to have that enforced on the PAT which Cleveland missed to lead 6-0.  The Bills faced a 4th and 4 on their opening drive at the Cleveland 39 and elected to go for it.  Allen missed a wide open Isaiah McKenzie on a quick slant as Buffalo turned it over on downs.  The Browns drove the ball to the Buffalo 2-yard line.  It was a drive that included a 24-yard gain from Nick Chubb.  The Bills defense delivered with an incredible goal line stand stopping Cleveland on eight attempts from inside the 2.  Each defense forced punts to end the quarter.

The Bills offense gets things in gear with a 9-play 76-yard drive capped by a ten yard TD run from Josh Allen.  Offensive coordinator Brian Daboll has been criticized for play calling in recent weeks, but he did a terrific job of spreading the Browns defense out on scoring play.  Allen ran into the end zone untouched as Buffalo took a 7-6 lead.  Cleveland responded with a 13-play drive that again stalled at the 2-yard line.  After being penalized for a false start, the Browns decided to kick a field goal to take a 9-7 lead. The Bills  drove into the red zone in the final minute of the half, but Stephen Hauschka missed a 34-yard field goal with :17.  The Bills trail 9-7 at the half.

The officials miss an obvious facemask on Josh Allen, ending a Bills drive, but they pin the Browns deep on the punt.  Tremaine Edmunds is able to sack Baker Mayfield for a safety tying the game 9-9.  The Browns continue to move the ball and  connect on a 47-yard field goal with 3:49 left in the 3rd quarter taking a 12-9 lead.  The Bills offense continues to lack efficiency and production, failing to convert on a 4th and 4 at  the Cleveland 35 and turning it over on downs.

Josh Allen can't connect with Andre Roberts on 3rd and 6 and the Bills are forced to punt. The Bills defense continues to do a better job of limiting the Browns.  Matt Milano got to Baker Mayfield for Buffalo's second sack of the game forcing a Cleveland punt, and a solid return by Andre Roberts gives Buffalo a drive start at the Cleveland 48.  Josh Allen fumbled on a scramble deep in Cleveland territory.  Jon Feliciano recovered at the one.  Allen punched it in and Buffalo took a 16-12 lead.  The Browns benefit on what appeared to be a Baker Mayfield fumble.  The officials ruled, correctly, that it was a forward pass after Jerry Hughes returned it for appeared to be a touchdown.  Mayfield winds up capping a 10-play 82-yard drive with a seven yard TD to Rashard Higgins.  Cleveland takes a 19-16 lead with 1:44 left.