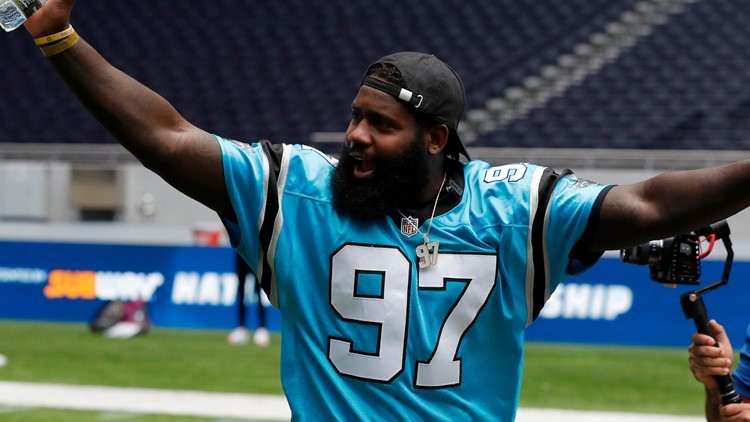 Photo by: AP
NFL player Mario Addison of the Carolina Panthers complains to the referee as he coaches a young team during the final tournament for the UK's NFL Flag Championship, featuring qualifying teams from around the country, at the Tottenham Hotspur Stadium in London, Wednesday, July 3, 2019. The new stadium will host its first two NFL London Games later this year when the Chicago Bears face the Oakland Raiders and the Carolina Panthers take on the Tampa Bay Buccaneers. (AP Photo/Frank Augstein)

Addison has been with the Carolina Panthers since 2012. He was not drafted. He's spent time in the NFL with the Bears, Colts and Redskins before landing with Carolina.

He is well known to Beane and the Bills coaching staff. Bills head coach Sean McDermott was the Panthers defensive coordinator when Addision's career really began to take off. He also played for Bills defensive line coach Eric Washington.

He's a 33 year old who brings plenty of leadership to the Bills.