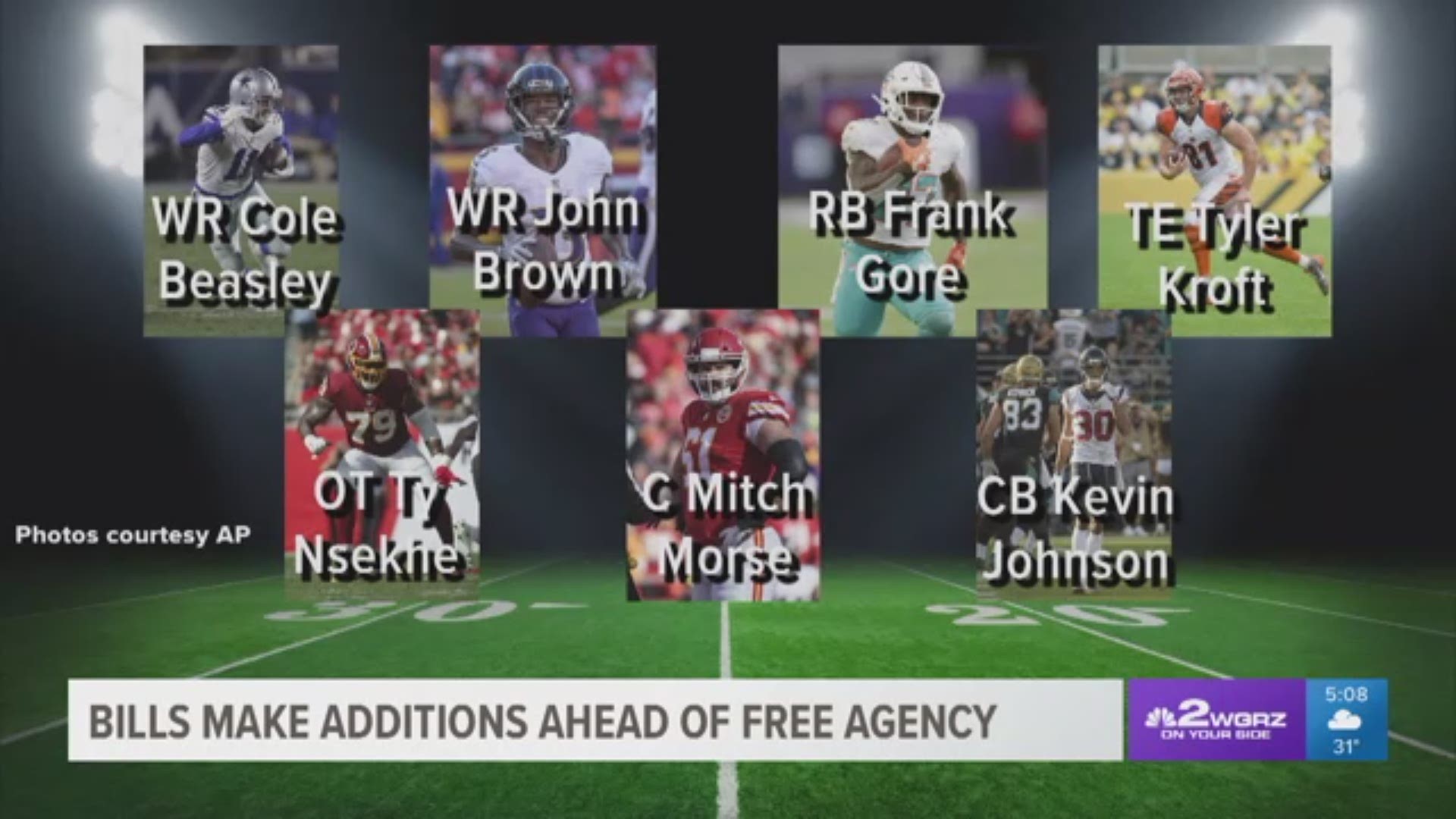 The people spoke on the condition of anonymity Tuesday because the signings won't become official until the NFL's new year begins Wednesday.

Brown is a speedy deep threat who had 42 catches for 715 yards and five touchdowns in his first and only season in Baltimore last year. He spent his first four seasons with Arizona, where he combined for 173 catches for 2,515 yards and 17 touchdowns.

Beasley spent his first seven seasons with the Dallas Cowboys, where he proved himself as a dependable slot receiver. He had a 65 catches for 672 yards and three touchdowns last year.

The agreements continue the Bills' objective to upgrade an offense that lacked proven receivers and finished 30th in the NFL in yards gains last season. Buffalo's two top returning receivers are Zay Jones, who is entering his third season, and Robert Foster, who as an undrafted rookie free agent last year.