Josh Allen enters training camp as the undisputed starter and leader of the offense. 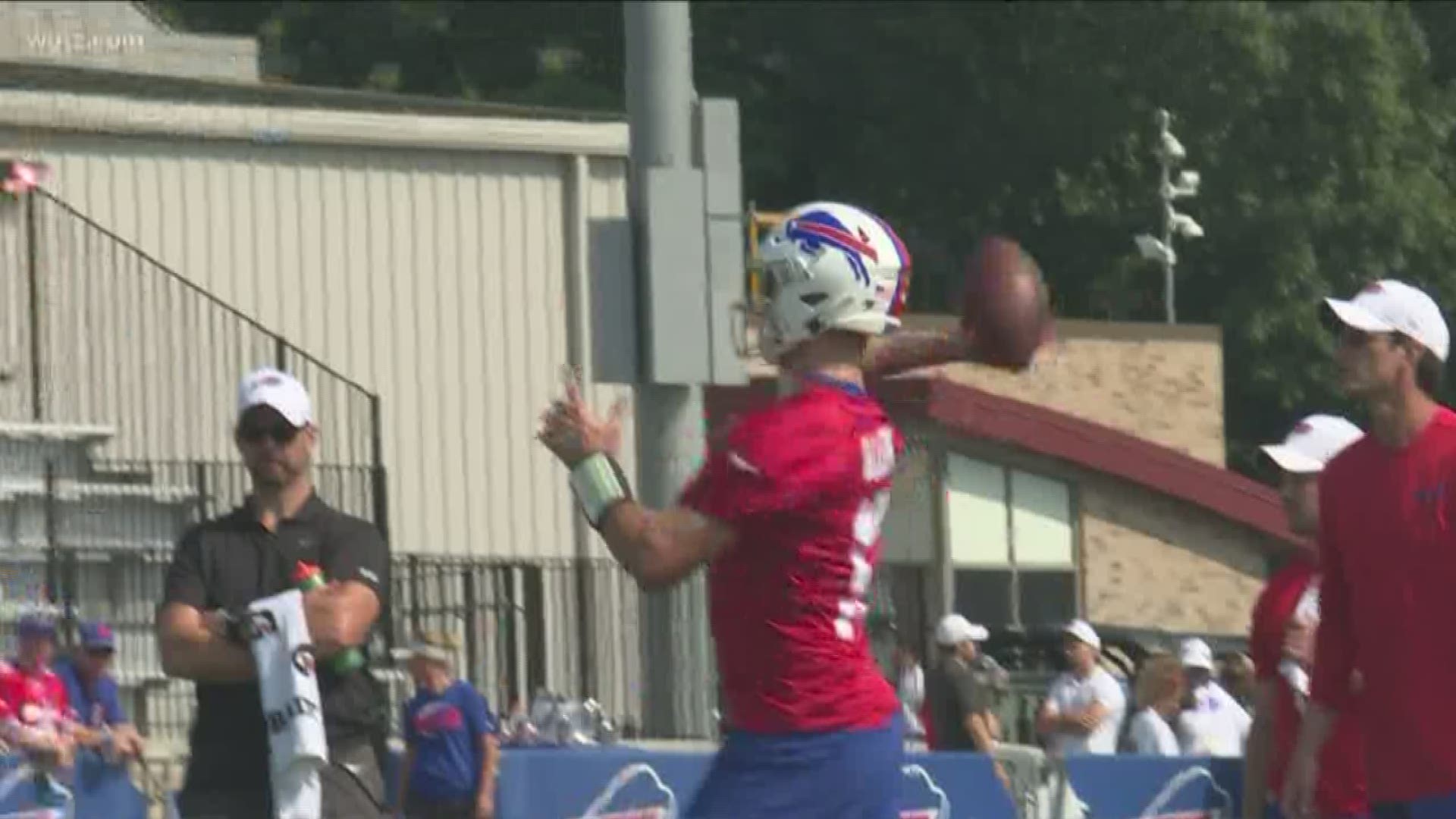 PITTSFORD, N.Y. — Bills general manager Brandon Beane made clear before team hit the field for their first practice of camp what the biggest difference is from last year to now.

"You saw the command, the leadership... this is his team.  That's the biggest difference to me from a year ago... it wasn't his team... He was fighting for a spot.  Now... the other 90 guys know this is Josh Allen's team."

Allen went 5-5 as a rookie dealing with an elbow injury along the way.   He's anxious to build on how 2018 ended, and feels he's got the platform to do it.

"Knowing that I'm getting the number one reps.  You know whenever the  ones are out there those are my reps.  Going back to last year... I don't know...maybe I'm getting a couple of twos or threes... getting those reps are extremely crucial for a quarterback."

Allen showed an ability to run last season as much out of necessity as anything with a shaky offensive line in front of him.  He's also shown the ability to throw the ball deep.  The Bills have built a much stronger supporting cast around him this offseason, and head coach Sean McDermott says he expects that to help Allen take the next step in his development.

"It's nice to have a player in his second year that you feel good about... and  now we can talk more about educating Josh on the NFL game and  situational football."

"We want him to be aggressive but we also want him, when the defense tells you to chuck it down and get it to 2nd and 4 or 2nd and 3... we want him to take those opportunities too."