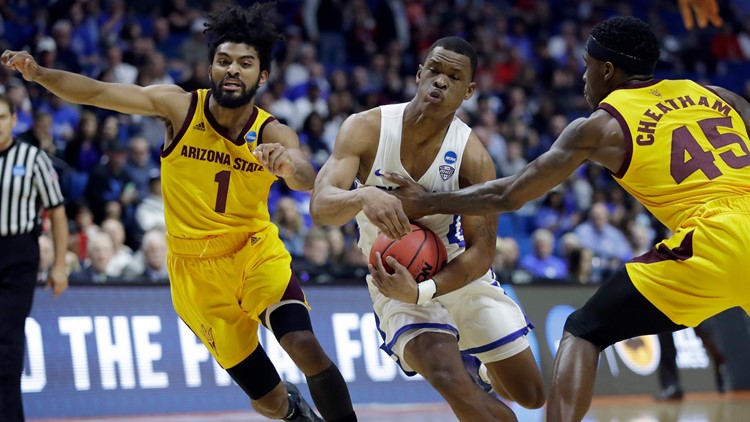 Photo by: AP
Buffalo's Davonta Jordan, center, heads to the basket between Arizona State's Remy Martin (1) an Zylan Cheatham (45) during the first half of a first round men's college basketball game in the NCAA Tournament Friday, March 22, 2019, in Tulsa, Okla. (AP Photo/Jeff Roberson)

YPSILANTI, Mich. — Ty Groce posted 14 points and three blocks as Eastern Michigan narrowly defeated Buffalo 66-62 for its 200th win at the Convocation Center. Derek Ballard scored all of his five points, grabbed five rebounds and had a steal in a five-minute span late in the second half and the Eagles led 63-58 on his layup with 1:39 to play.