BUFFALO, N.Y. — Well it took over a century for it to happen, but Major League Baseball is back in Buffalo. The Toronto Blue Jays won their first home game Tuesday night at Sahlen Field against the Miami Marlins.

The Jays are now 13 games into their season, that's because Sahlen Field wasn't ready in terms of being upgraded to a Major League standard back on July 29, what should have been their home opener.

The stadium has seen many upgrades, to the field and lighting, the clubhouses and workout areas. Jays Manager Charlie Montoyo said he couldn't be happier now that his team is set to call Buffalo home.

This is the first of a five-game homestand for the Jays and Montoyo said he expects it to take at least a couple of games for his team to really settle in here.

Music is roaring out of Sahlen Field ahead of tonight’s Buffalo (Toronto) Blue Jays game against the Miami Marlins. @WGRZ pic.twitter.com/JTtjJgw4Xu

Not only was the team excited for Tuesday's game, but Buffalo baseball fans were too. Many people were seen visiting Sahlen Field and taking pictures with Toronto Blue Jays signs outside.

"It's very nice, it's interesting, hopefully one day we can get a team here long term, this is very fun" said Shawn Mchirchy of Buffalo just after posing for a photo in front of the ball field.

Across the street from Sahlen Field is the Union Pub. A business that is thankful for a little extra business from onlookers after the Bison's season was cancelled.

"Downtown here we really do count on the Bisons, the Sabres, the events down at the arena," said Union Pub General Manager Jay Medynski. "So to take all of that away it was very challenging that's why were going to make the most of some events like this coming here."

Just spoke with the owner of Union Pub located across from Sahlen Field. He said he is thankful for the extra Blue Jays business after the shut down and cancelled Bison’s season. @WGRZ pic.twitter.com/TD8K2zeDBP

Although fans weren't allowed to attend the game, that didn't stop people from trying to get a glimpse of the field. During the game a group fans could be seen standing across Interstate 190.

Fans were also spotted hanging out along Seneca Street listening to the game. Barriers were put up earlier in the week to prevent people from seeing inside the stadium. A few people even had baseball mitts hoping to catch a pop fly.

This group finding a way to sneak a peek. #Jays #Marlins @wgrz pic.twitter.com/enUgtTVhXK 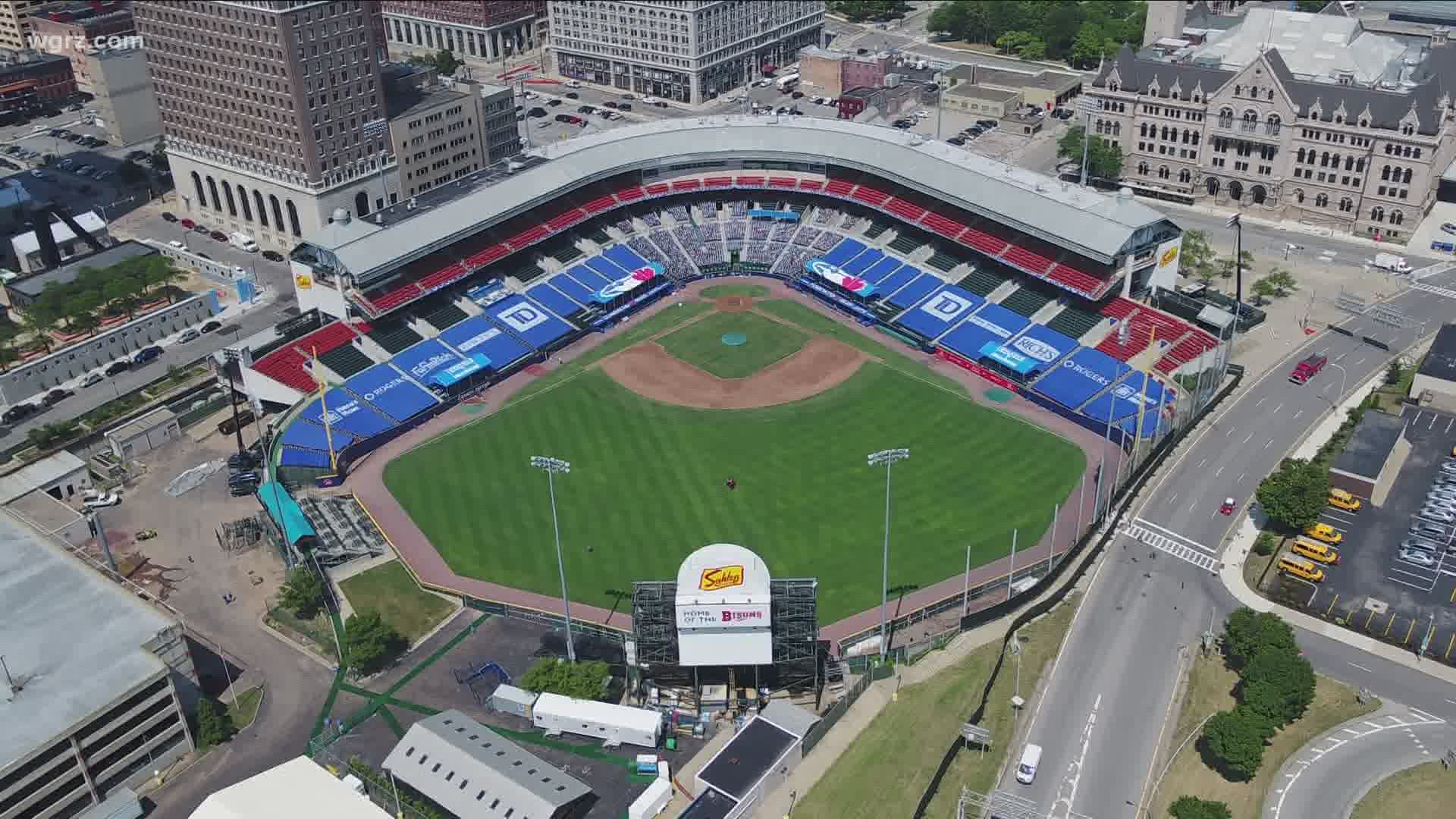