Security, changes made to Sahlen Field plus where to watch the Blue Jays first home game in Buffalo

The first game begins Tuesday night at 6:37 p.m. against the Miami Marlins. 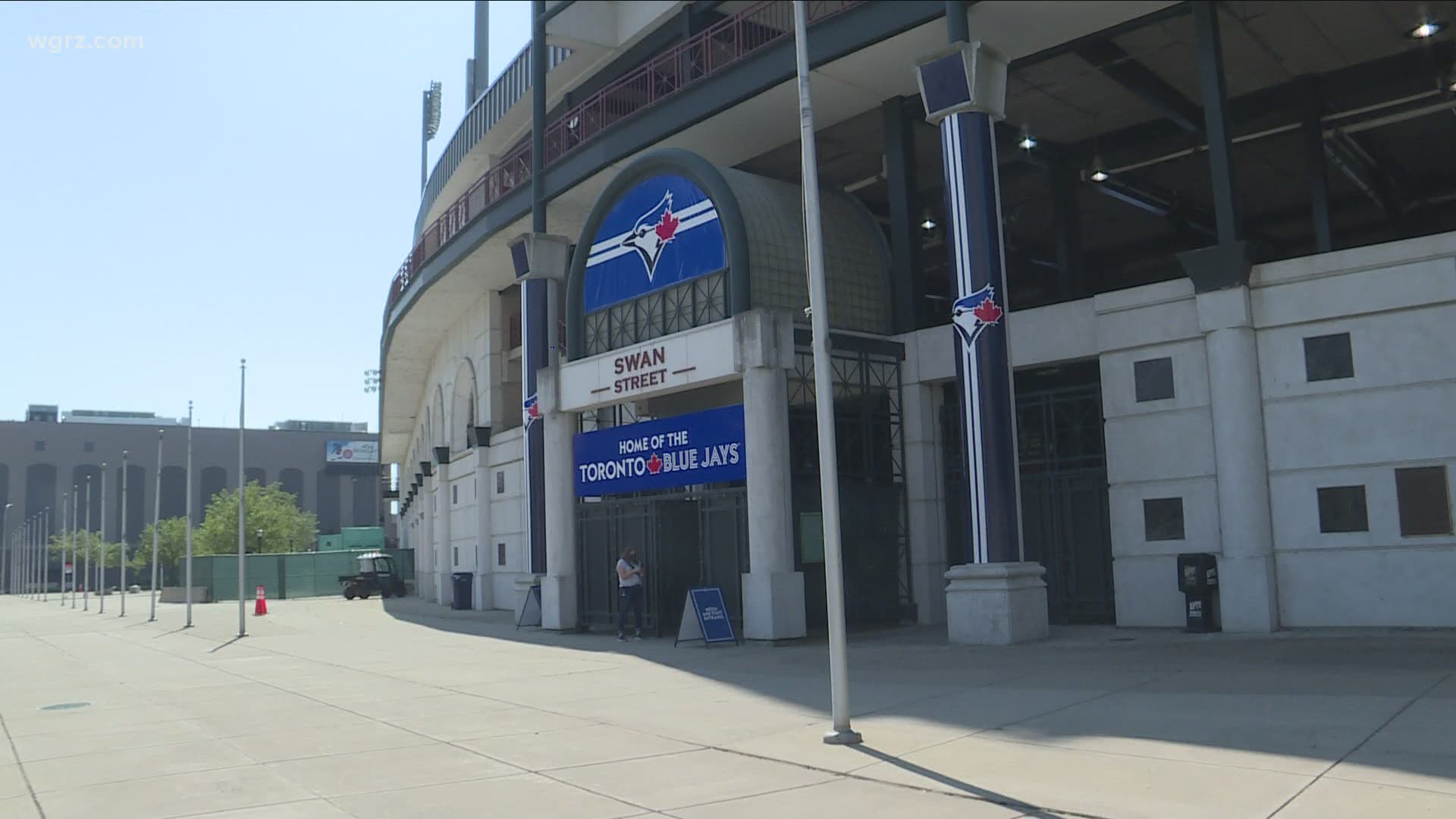 BUFFALO, N.Y. — There's a lot of excitement here in the Queen City because Tuesday is the first MLB game happening in Buffalo in more than 100 years.

That's according to Buffalo Mayor Byron Brown, who says because fans are not allowed inside the ballpark due to the pandemic, the city needs to ensure there's plenty of security outside the ballpark as well so fans can't gather.

You'll be able to see some of those security changes right outside Sahlen Field already. They include barriers and fencing covered by a green screening to block views.

"So there will be no real place to view the game from outside of the stadium. The Blue Jays have gone through extensive lengths to ensure that," said Buffalo Police Captain Jeff Rinaldo.

Rinaldo also says there will not be any tailgating allowed outside the ballpark.

There will also be several road closures around Sahlen Field both before and after games. In some areas around the ballpark, the sidewalk has also been completely closed off.

Though it will be a major day in baseball here in Western New York, Mayor Brown says it's all to remind fans to stay away when it's time to play ball.

"All of the precautions that are being taken are to protect the health and safety of this community and to make sure that there are no spikes in coronavirus in Buffalo, Erie County and Western New York," he said.

If you're hoping to watch the games on TV, that's tricky.

Bisons President Mike Buczkowski says if you do watch that's when you'll notice several of the changes made.

The Buffalo Bisons posted several pictures of the ones inside the stadium on twitter.

For example, the batting cages have been turned into a locker room. The dugout, some entrances and even home locker room have also been completely remodeled.

The Blue Jays are footing the bill for all that.

Mayor Brown says whatever overtime city employees accrue while providing that security at the ballpark will also be paid for by the Blue Jays.