Recently demoted by the Blue Jays, the first baseman/designated hitter strives to improve and make his return to the International League a short one. 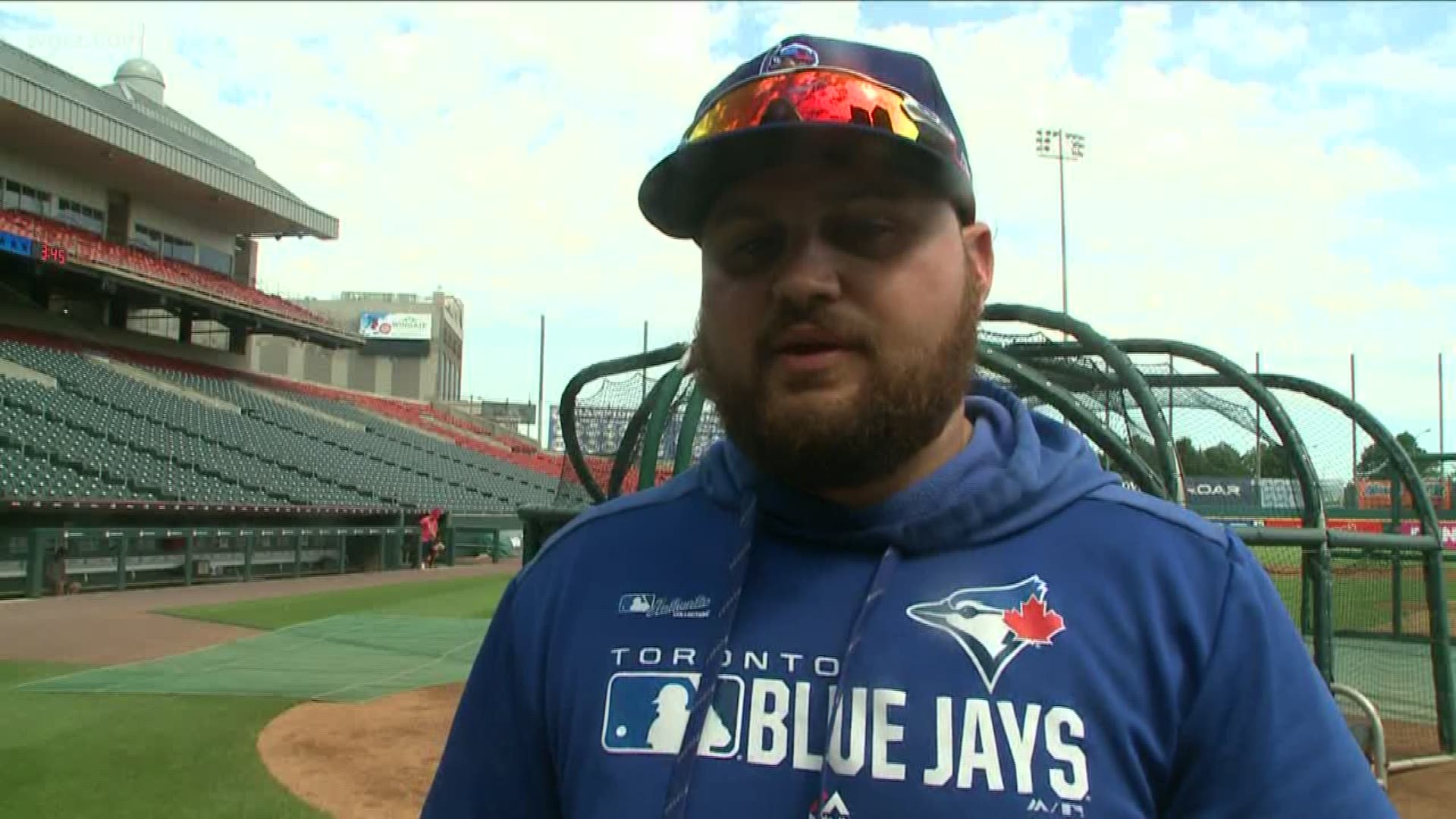 BUFFALO, N.Y. — After playing 78 games with the Blue Jays in Toronto this season, Rowdy Tellez is back in Buffalo, where he spent most of the last two years, with a few things to work on.

“I think it’s just getting back to the player I was and solidifying my approach," Tellez said. "Being better with my plate discipline and not chasing as many pitches and doing some damage when I get pitches to hit.”

Added Bisons manager Bobby Meacham: “What happens sometimes, you lose yourself when you don’t play every day. Somebody like Rowdy is used to playing every single day, went up there and was playing a lot, and then when he hit a stretch where he didn’t hit really well, of course someone else gets in there and takes your playing time away. So, I think for him now it’s about getting his timing back.”

Tellez said he learned a lot from his extended time with the big club.

“There the best of the best up there, and if you want to compete, you have to be on your 'A' game. I got exposed a lot, taken advantage of aggressiveness. For me, my aggression was one of my things, trying to do damage early in counts with pitches I can’t even hit and swinging at them and it got me into bad situations,” Tellez said.

Meacham explained how difficult it can be for a hitter attempting to tweak this attribute.

Tellez will be trying to be more patient at the plate while being patient waiting for his next shot at the major leagues, and to him that means keeping a positive attitude.

“If you come in with a negative mindset, you’re going to have negative outcomes," Tellez said, "so it’s just taking each day day-by-day, pitch-by-pitch type of thing, and just wanting to put good swings on balls and hit balls hard consistently.”

TAKE 2: Where do the Bills stack up in the AFC East?