Buffalo's MiLB team will return home for the first time in more than 700 days Tuesday. 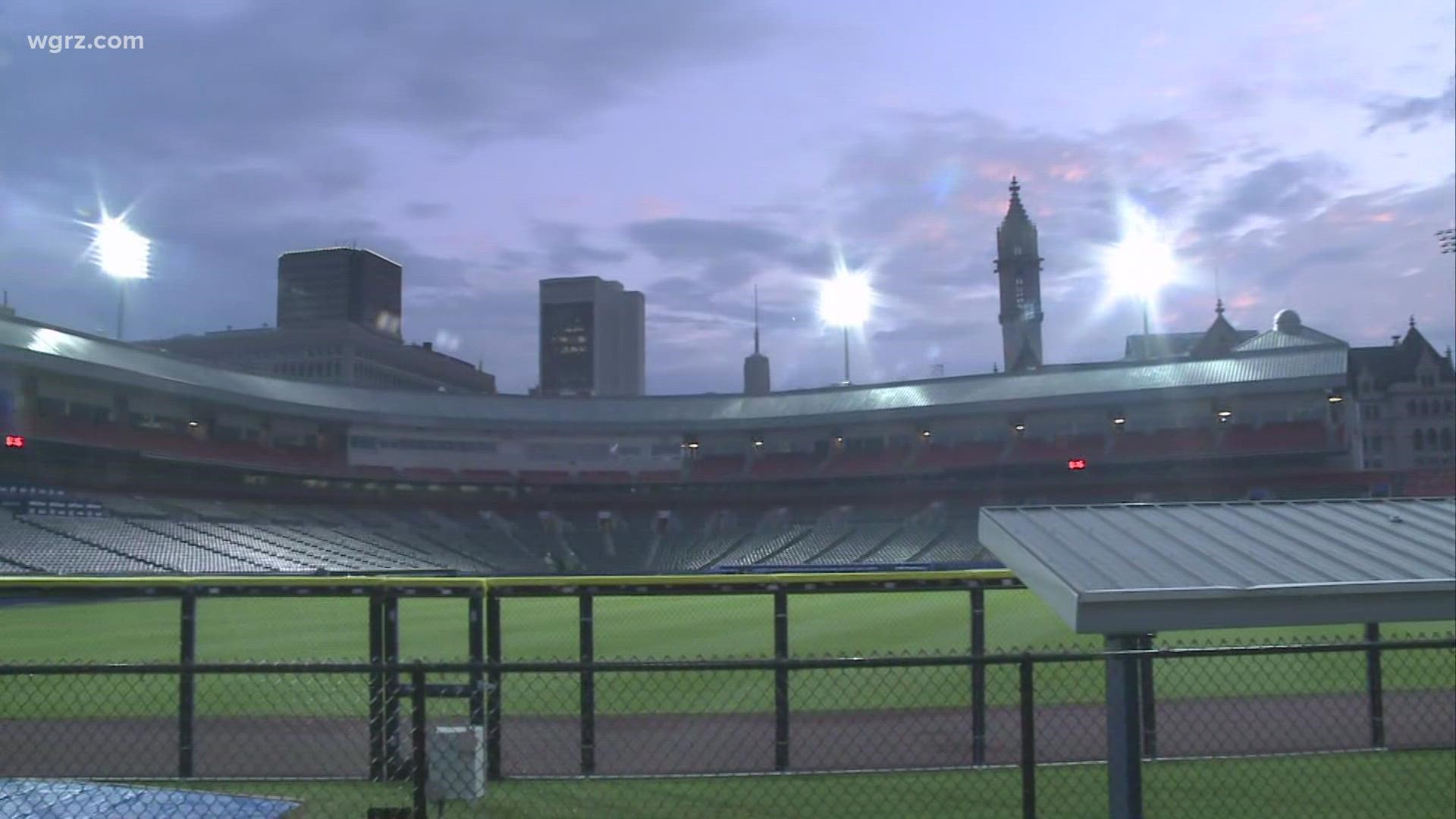 BUFFALO, N.Y. — For the first time in 711 days, the Bisons will play a home game at Sahlen Field in Buffalo on Tuesday night.

The team starts their season on their home turf against the Rochester Red Wings. Last month, the Bisons announced all single-game tickets for the remaining 23 home games at the downtown ballpark will be just $10. Tickets are on sale now at Bisons.com and the Sahlen Field box office. All single-game tickets will be general admission. Fans with ticket credits from the 2020 season can apply them to any ticket purchase.

As the players arrived back in Buffalo, they got a taste the major league life, as the Blue Jays left behind several major upgrades. The new amenities include brand new bullpens and batting cages just beyond the right field wall. The team tells us that as things open up to fans, they hope to open up the cages to the community.

Bisons Assistant General Manager, Brad Bisbing, tells 2 On Your Side that these renovations were supposed to happen over the next two or three years, but with the Blue Jays playing part of their season here, the renovation schedule was moved up.

It’s been 711 days since the last @BuffaloBisons home game at Sahlen Field. We’re checking out some of the improvements the Blue Jays made - including these brand new batting cages - ahead of tonight’s home opener ⚾️ @WGRZ pic.twitter.com/ruoAt2YXYn

Tickets can be picked up at the Sahlen Field Box Office on the day of the game on August 14 and 15 with presentation of an employer ID. Healthcare workers will be honored with a special crowd recognition at each game.