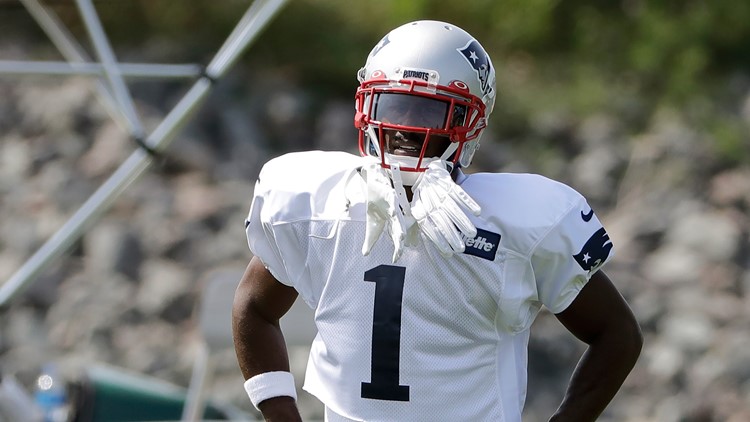 Photo by: AP
New England Patriots wide receiver Antonio Brown pauses while working out during NFL football practice, Wednesday, Sept. 11, 2019, in Foxborough, Mass. Brown practiced with the team for the first time on Wednesday afternoon, a day after his former trainer filed a civil lawsuit in the Southern District of Florida accusing him of sexually assaulting her on three occasions. (AP Photo/Steven Senne)

Brown wore a No. 1 jersey and a visor with his helmet while going through warmup drills with teammates during the small portion of practice that was open to the media. He has worn No. 84 throughout his previous nine NFL seasons, but that number is currently being worn by Patriots tight end Ben Watson.

Wednesday’s workout was held one day after Brown’s former trainer filed a civil lawsuit in Florida accusing him of sexually assaulting her on three occasions. Britney Taylor filed the suit and says she will cooperate with the NFL and any other agencies.

Brown has denied all allegations through his attorney.