1-on-1 with Nate Oats on contract extension, MAC coach of the year and upcoming quarterfinals 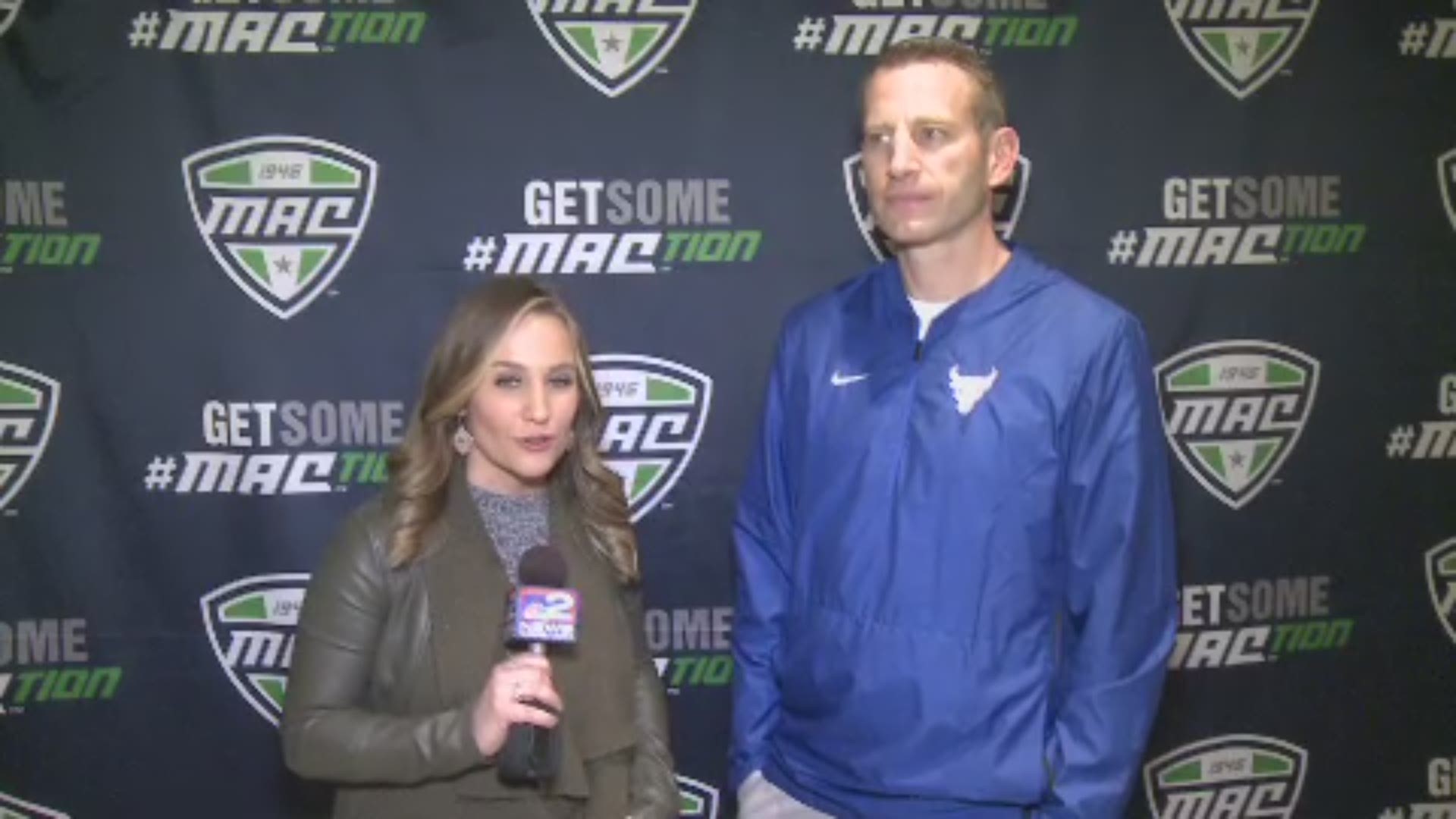 CLEVELAND — The honors keep pouring in for UB men's basketball as Nate Oats was named MAC coach of the year for the second season in a row.

"When you get a bunch of really good players you just try not to mess the thing up as a coach so I did a pretty good job of not getting in their way," Oats laughed.

Senior CJ Massinburg was also named the 2019 MAC Player of the Year and is now the fifth player in school history to claim the honor.

The Bulls look for back-to-back MAC championships and the fourth in the last five years. They take on Akron in the quarterfinals on Thursday at noon.

Last year at this time Oats signed a contract extension and it sounds like he's about to sign another one soon.

"I think we're close. They'll fill me in, I don't really want to be too bothered. This tournament deal gets to be a grind," Oats said.

2 on Your Side's Heather Prusak asked Oats if he'd like to get a deal done before the NCAA tournament like last year.

"Yeah, that's what we did last year it was nice. I don't really want to leverage them out you know if we win "x" number of games that's not who I am. They know we've done a really good job and they appreciate the job that we've done and they want to show their appreciation. Yeah, that would be ideal," Oats said.

Sources tell Heather Prusak that it is a 5-year deal that runs through 2024.