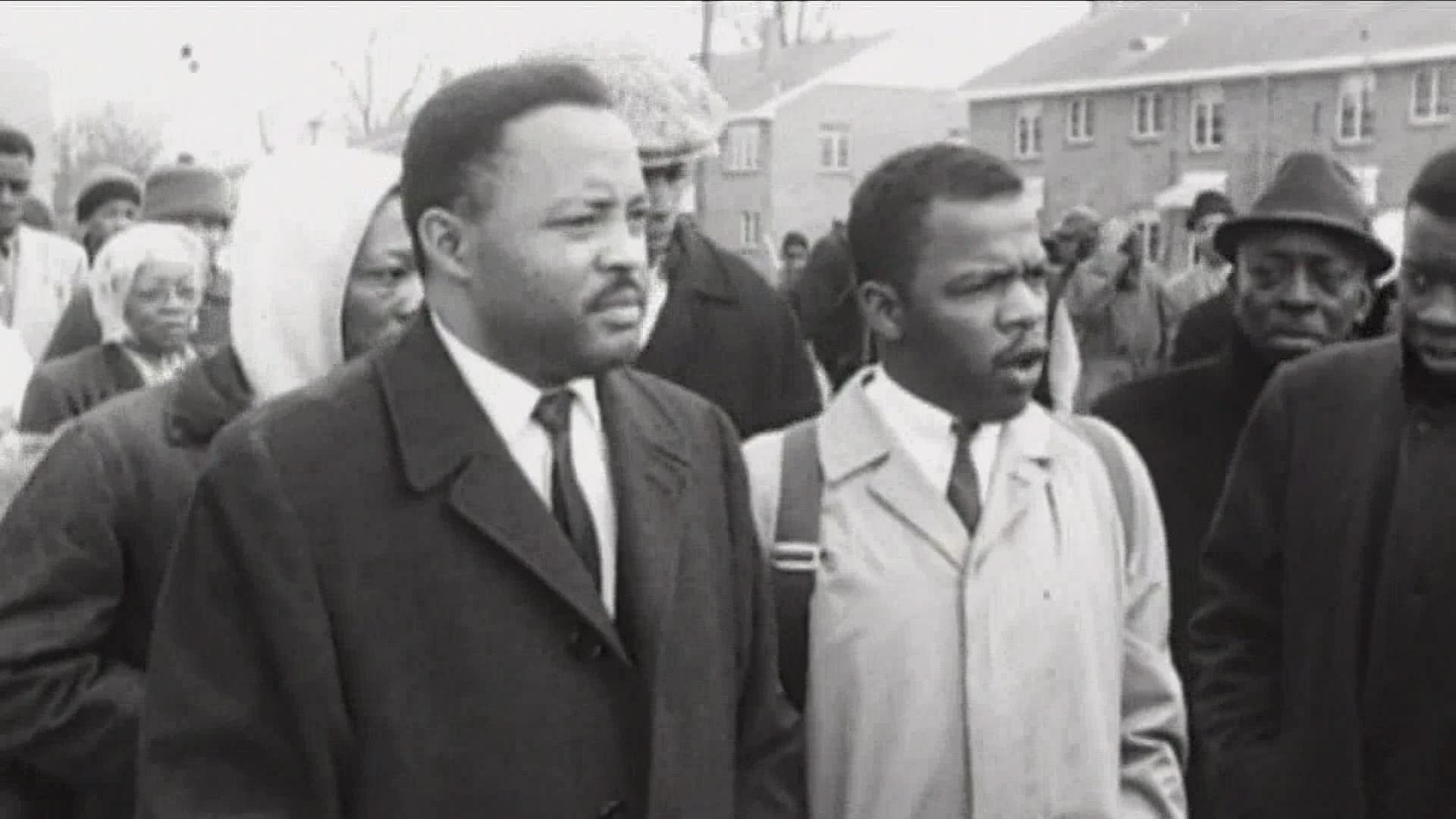 BUFFALO, N.Y. — State and local leaders are reacting to the passing of Rep. John Lewis.

Lewis, an icon of the civil rights movement who helped organize the 1963 March on Washington and became a 17-term United States congressman, died Friday. He was 80.

"I am deeply saddened by the passing of Congressman John Lewis. He stood on the front lines in the fight for equal rights and was a champion for positive change in our Country. Congressman Lewis was a brilliant example for Black leaders and a hero to the disenfranchised. He was the moral conscience of the US Congress. He will be sorely missed, please join me in remembering his life and legacy." — @MayorByronBrown

Erie County Executive Mark Poloncarz tweeted, "Rest in Peace, John Lewis. You've more than earned it after a lifetime of getting into 'good trouble.'"

Lt. Governor Kathy Hochul recalled meeting Lewis for the first time, shortly before she joined him in Congress.

I first met @repjohnlewis when he gave the most inspiring commencement speech at my daughter’s graduation.

A couple weeks later he welcomed me as a new colleague in Congress. John Lewis was a champion for civil rights. Rest in power. pic.twitter.com/LhBo9zWb7m

John Lewis was one of the greatest men this country has ever known — a man of unimpeachable integrity, wisdom, courage, and morality. He was our conscience. And I know I speak for the entire family of New York when I say we are devastated by this loss.

It's especially painful to lose Congressman Lewis at a moment when we need him most — when division, fear, and anger are rampant and when we're trying to figure out how to rebuild our country better than we were before. He lived his life speaking for all of our better angels, and we will miss his singular voice.

But as we continue working to realize Congressman Lewis' 'beloved community,' I find comfort in knowing his legacy of principle, faith, and the righteousness of good trouble lives in the hearts and actions of the countless Americans who were inspired by him and loved him.

My thoughts are with Congressman Lewis' family today, especially his son, John-Miles.

Cuomo also quote tweeted Rep. Lewis, with the caption, "One of the greatest men this country has ever known."

One of the greatest men this country has ever known. https://t.co/apK4LFyYeS

Fellow congressman Tom Reed tweeted a tribute to his friend and colleague.

We have physically lost an American icon today, but John's kindness, energy, and unwavering commitment to secure justice, peace, and love for all will be with us forever. God bless John, and God bless his family and the American people as we join them in grieving his passing.

We join the nation in mourning the loss of my friend and an authentic American hero @repjohnlewis. A man of strength and heart. A champion of justice. A truth teller and seeker. An organizer, a teacher and a leader. #goodtrouble pic.twitter.com/0PTcdsOhkn

There are very few people who you can say truly changed the world for the better. John Lewis is certainly at the top of that list.

From risking his life in Selma to remaining the ‘Conscious of Congress’ in the House, he devoted his life to fighting for equality and civil rights.