One of Western New York's two medical marijuana dispensaries is cutting its hours in half, the latest sign of serious problems with the program described as the most restrictive in the nation. 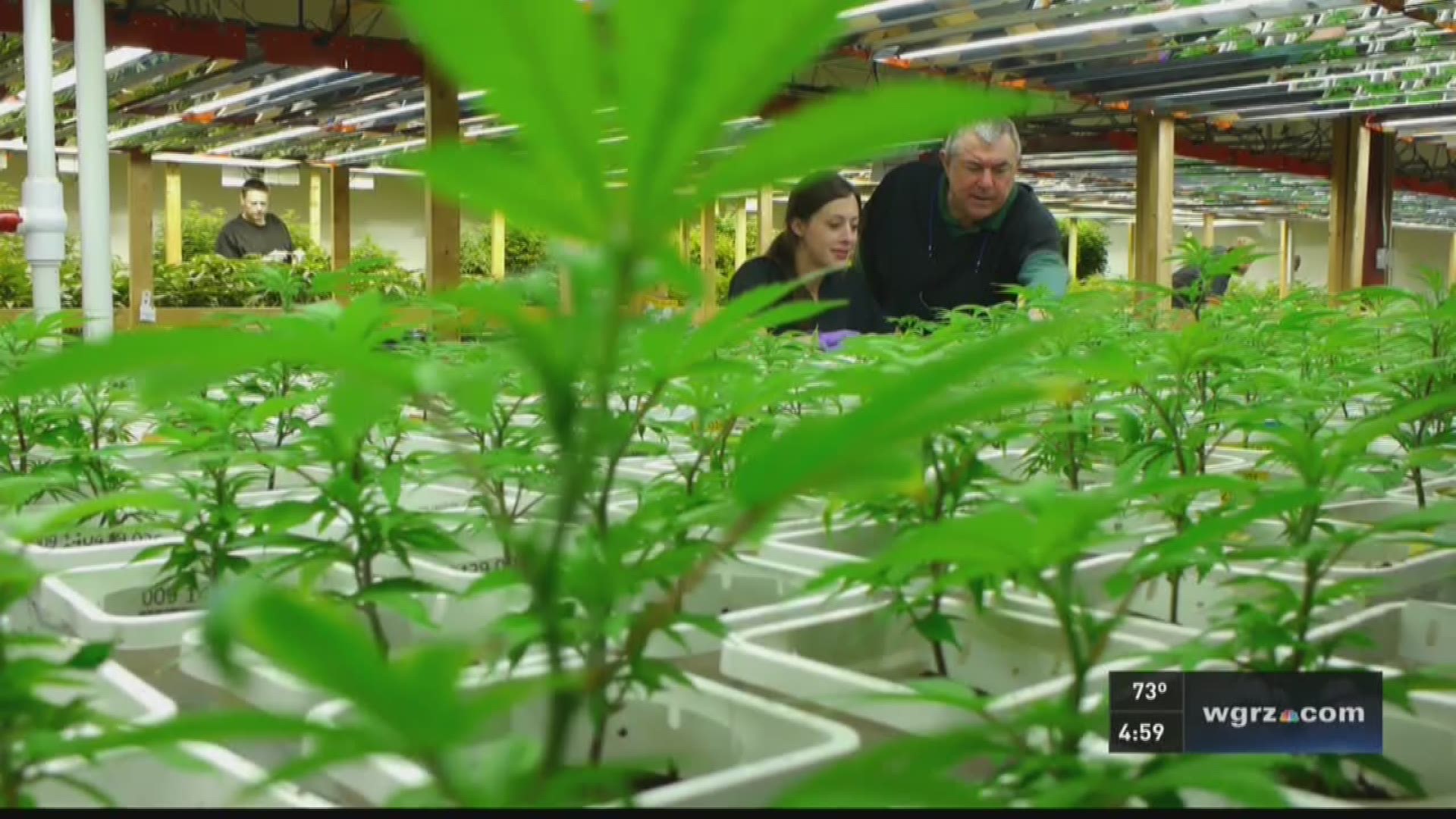 WILLIAMSVILLE, N.Y. -- One of Western New York's two medical marijuana dispensaries is cutting its hours in half, the latest sign of serious problems with the program described as the most restrictive in the nation.

Bloomfield Industries' dispensary at 52 South Union Road in Williamsville will only be open 3 days a week for a total of 20 hours a week. However, the company says patients who aren't available in the posted times can make an off-hours appointment to see a pharmacist.

"To see Bloomfield cutting its hours... is really disappointing," said Julie Netherland with New York's Drug Policy Alliance, a top medical marijuana advocacy group. "I think it's a sign that in some ways the program may not be sustainable if we don't take immediate steps to improve patient access."

Taking such steps seems highly unlikely. The legislature is on summer vacation and left Albany without acting on more than a half dozens bills that would have made it easier for patients to get the medicine.

That leaves the State Health Department and Governor Andrew Cuomo as the best help for administrative improvements, and Cuomo seems to think there are no problems.

"I haven't heard issues that people can't find access," Cuomo told reporters in Buffalo yesterday when asked about the criticism. "If you need the drug, you can get the drug."

Netherland had a sharp response.

"Unfortunately, our experience in working directly with patients and their families is very different from the message that the Governor is getting, that there are no problems with access," Netherland said. "We're hearing quite the opposite."

The health department said 600 physicians have registered to prescribe medical marijuana, and 4,828 patients have been certified by their doctors to participate.

Some legislators sought to make some changes to the law, but they were unsuccessful during the legislative session that ended early Saturday.

They wanted to allow nurse practitioners and physician assistants to prescribe medical marijuana, add chronic pain to the list of eligible conditions, make public the list of practitioners who are registered and add more strains of the drug available to children with types of epilepsy.

Cuomo has been cautious with New York's medical marijuana program, fearing a broad program could lead to abuses found in some states.

Sen. Diane Savino, D-Staten Island, said some of the changes could be done administratively, such as expanding who can prescribe medical marijuana. The health department should also release the list of doctors, she said.

"I think we can tweak the program to make it work better," Savino said.

Savino, who has sponsored many of the medical marijuana bills, said the health department is well aware of the complaints, and she and patients and their families have met with the agency to express their concerns.

If Cuomo doesn't know about the problems, "that’s unfortunate because this should be something that he is aware of," Savino said. "Now that I know he isn’t aware of it, I’m going to make sure he knows."

Bloomfield Industries Chief Operating Officer Colette Bellefleuer released the following statement to 2 On Your Side:

"We have worked collaboratively with the NYS Department of Health to get our medicine approved and our facilities up and running safely and successfully. A safe, successful program like this takes a monumental effort and New York stands alone in getting this done so quickly. Bloomfield is deeply committed to alleviating suffering with safe, cannabis-based medicine distributed in a secure and compassionate environment. We look forward to serving patients throughout Western New York, and earning a place as a trusted health care leader in the region."