A West Seneca man was a member of the elite team that hunted down President Lincoln's assassin. 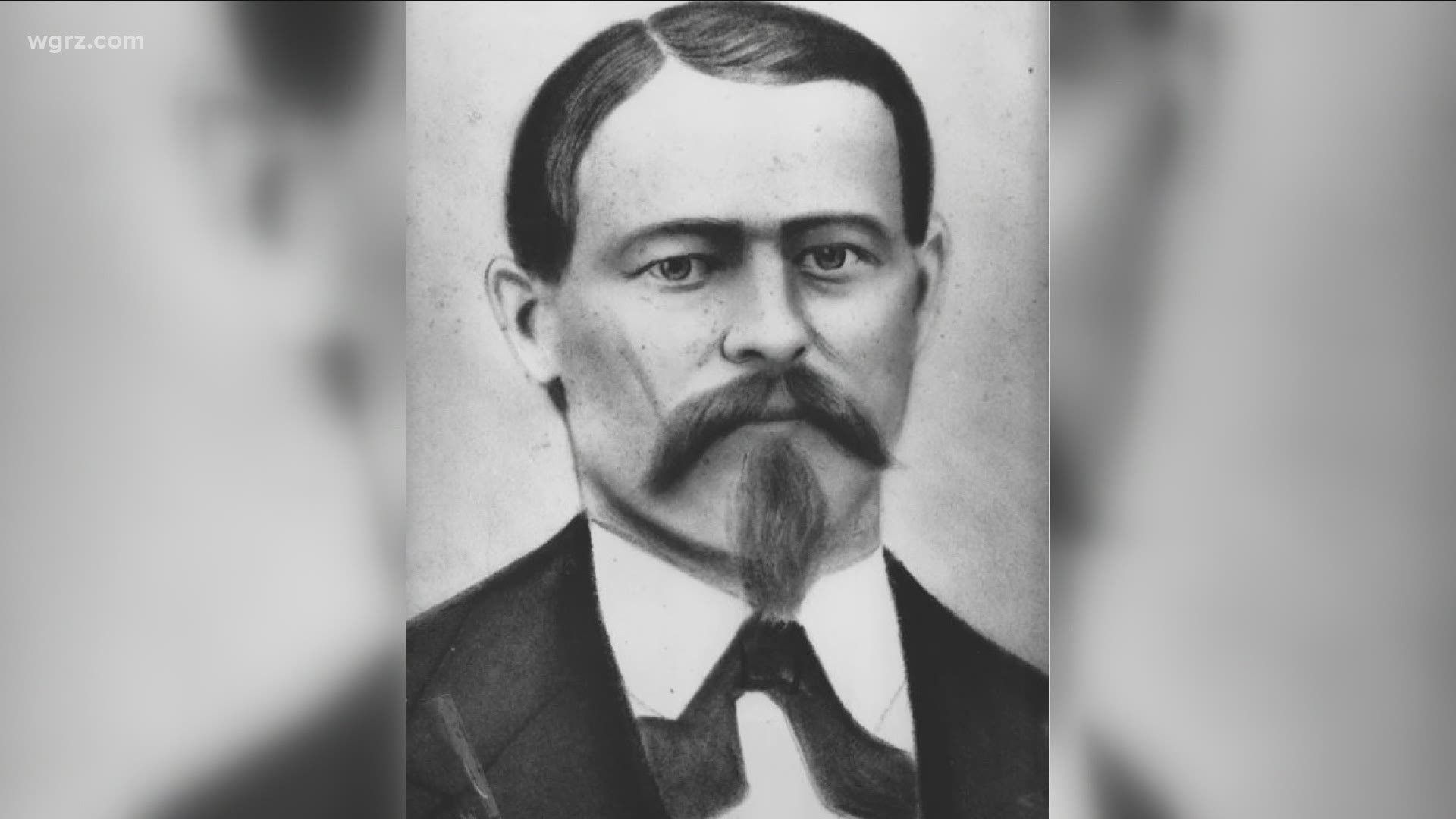 WEST SENECA, N.Y. — As we always say, history is all around us and a man who was instrumental in one of the most important manhunts in U.S. history lies in a grave in West Seneca.

Christian Ulrich of West Seneca was a member of the 16th New York Volunteer Cavalry, and part of the team that caught and killed John Wilkes Booth, known as Lincoln's Avengers.

West Seneca Town Historian James Pace says the NY 16th was chosen because of their reputation of excellence.

"From what I understand, they were an excellent unit in their war records they really distinguished themselves and so when it came time to find a mobile and talented group quickly go after Booth apparently they plucked the best people from this 16th New York Cavalry," Pace said.

On April 15, 1865, President Abraham Lincoln fell to an assassin's bullet as he watched a play in Washington's Ford's Theatre. Within hours a team of 26 men was assembled from the NY 16th, the best of the best, with one mission, to hunt down John WIlkes Booth.

The search took 10 days, but the President's assassin was finally cornered in a tobacco barn on the Virginia farm of Richard Garrett. They lit the barn on fire, Booth refused to come out, and he was finally taken out with a bullet fired into the burning barn.

Lincoln's Avengers were heroes and split a sizeable reward. Ulrich used his $1,600 share to buy a 14-acre farm on Michael Road between Orchard Park and Union Roads. Ulrich got married and had 10 children. But even though he was back home, Pace says, according to descendants, something always bothered him.

"He never actually saw the face of John Wilkes Booth. His (Booth's) face was covered with a cloth so he was never really sure if that was him," Pace said.

Ulrich was paranoid about repercussions from Booth sympathizers or possibly even Booth himself. Pace adds that the way Ulrich built his house reflected that.

"It was constructed in such a way that there was no direct access to the inside of the house from outside," Pace said. "Every window and every door had a baffle built-in "

Ultimately, Ulrich lived a long life, passing away in 1906. The house was moved across the street by his son and was transformed into the Town Line House Tavern and later became the Saddle Inn. Ulrich is buried in the Trinity Lutheran Cemetery. His grave was honored in 1977 with a marker recognizing him as one of Lincoln's Avengers.