As we continue our countdown to Halloween, Daybreak takes you to some of the places around the area that many believe the history lives on. Today's WNY Haunt? Buffalo's Central Terminal. 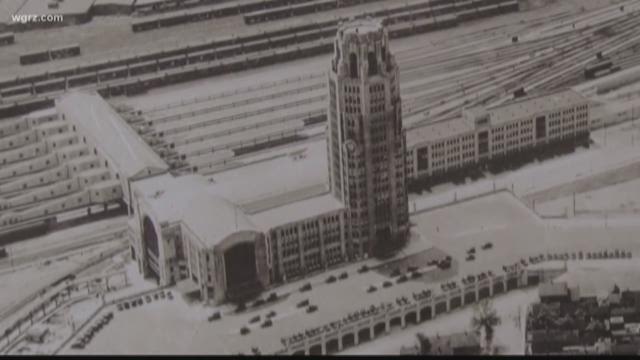 BUFFALO, NY - The New York Central Terminal was jewel in the crown of the Queen City from the moment it opened in 1929. An architectural masterpiece, and a vital hub in a city that was enjoying it's hay-day. It was a place that greeted millions of people, whether they were just passing through, arriving or departing. It was a place of joy, with relatives coming home, and sadness, especially when the boys shipped off to war.

Central Terminal was constant ocean of emotion. It was human emotion that many believe has left a lasting impression, with many of those visitors returning in the afterlife. Phil Beith, a paranormal historian from Beyond Ghosts says he has collected plenty of evidence of paranormal activity.."Dark shadow figures actually going across the hall, actually coming down to us...we've heard disembodied voices here."

Beyond Ghosts President John Crocitto has conducted ghost tours for the past few years at the East Side landmark, after establishing a community partnership with the Central Terminal Restoration Corporation. They conduct the tours and some of the proceeds go to restoration efforts.