There is a bill in Albany that may expand the current law regarding the state's responsibility to compensate you for damages inflicted on your car by state road deficiencies. Will it pass? Likely not this legislative session... 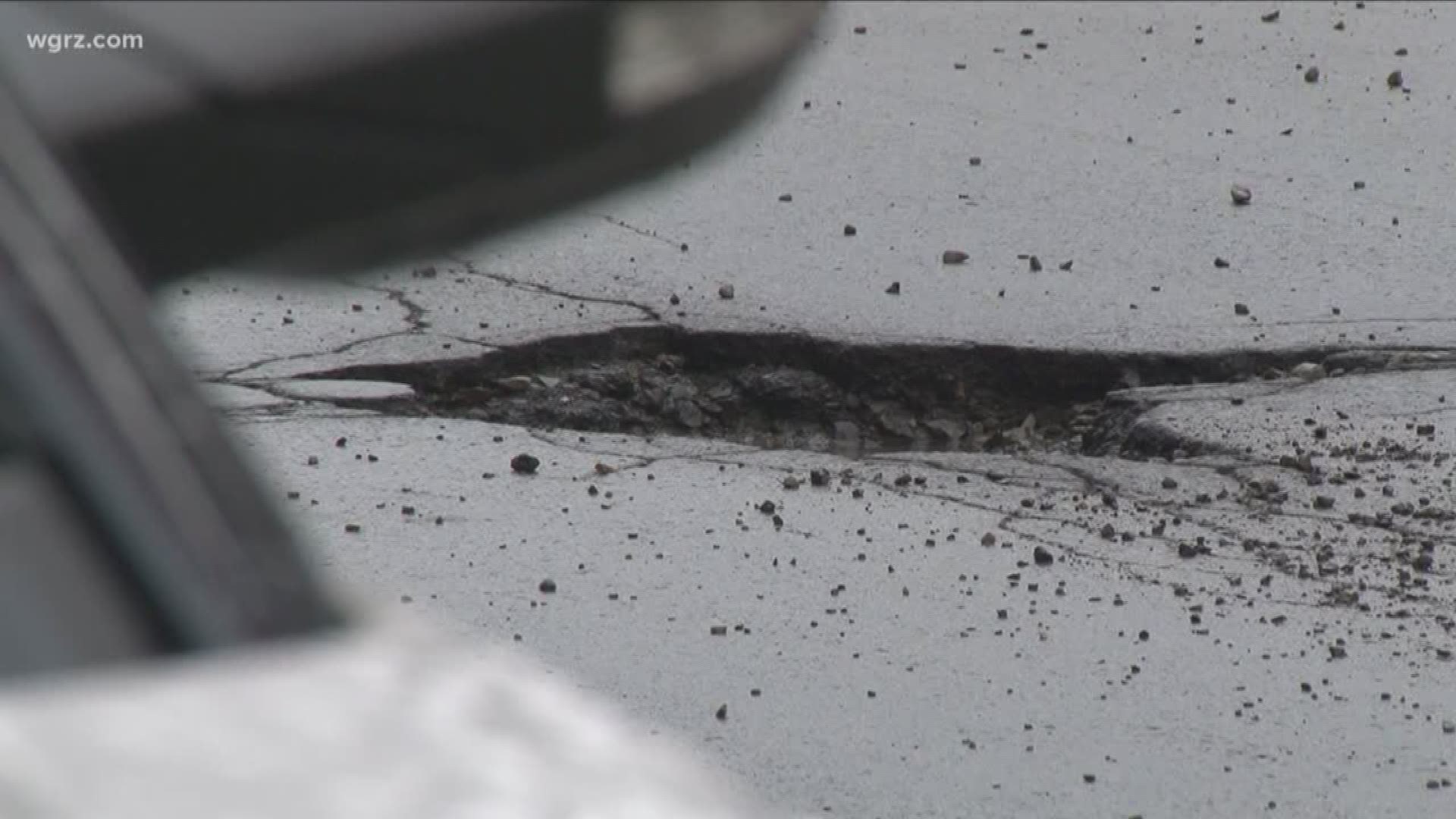 BUFFALO, N.Y. — There is a pothole bill that if enacted would revise highway law to make New York State responsible for damages to your car made by potholes or other infrastructure deficiencies on state roadways...year-round.

Right now, current state law let's New York State off the hook between November 15 and May 1. During those winter months, drivers have to pay out of their own pockets to fix road inflicted damages.

If S-5078 is passed, it would take effect immediately. But that proposed legislation has been stuck under Transportation Committee review for the past 3 months now, and there's just 5 days of legislative session to go.

2 On Your Side checked in with Sen. Tim Kennedy who sponsored this bill. He sits on the Transportation Committee and blames the hold up of this bill on partisan bickering in Albany, "If this bill doesn't pass, the legislation that has been on the books since 1936 will remain, unfortunately. It will be another missed opportunity to hold the state accountable for roads that are not maintained properly. And what I will tell you is we will carry on, and we will make sure that this is a priority at the next legislative session and hopefully the political winds will blow in the direction where we can promote bills that are important to all Western New Yorkers."

While that legislation appears to have stalled, another pothole bill sailed through the senate. It's another Kennedy sponsored bill.

S-5079 proposes creating an "Interactive Pothole-Tracking Website" where drivers can report potholes and keep and eye on the status of repairs.

While Sen. Michael Ranzenhofer voted in favor of this bill, and believes it should have similar success in the assembly, he says there's always a chance it might not make it through, "One of the realities is that the assembly is very heavily dominated by New York City, and they might not have the same level of interest in making sure that potholes on the thruway are fixed, as somebody that has to use the thruway on a regular basis."