What's next for the Scajaquada and Kensington Expressways?

Some community members are fighting for demolition or redevelopment. 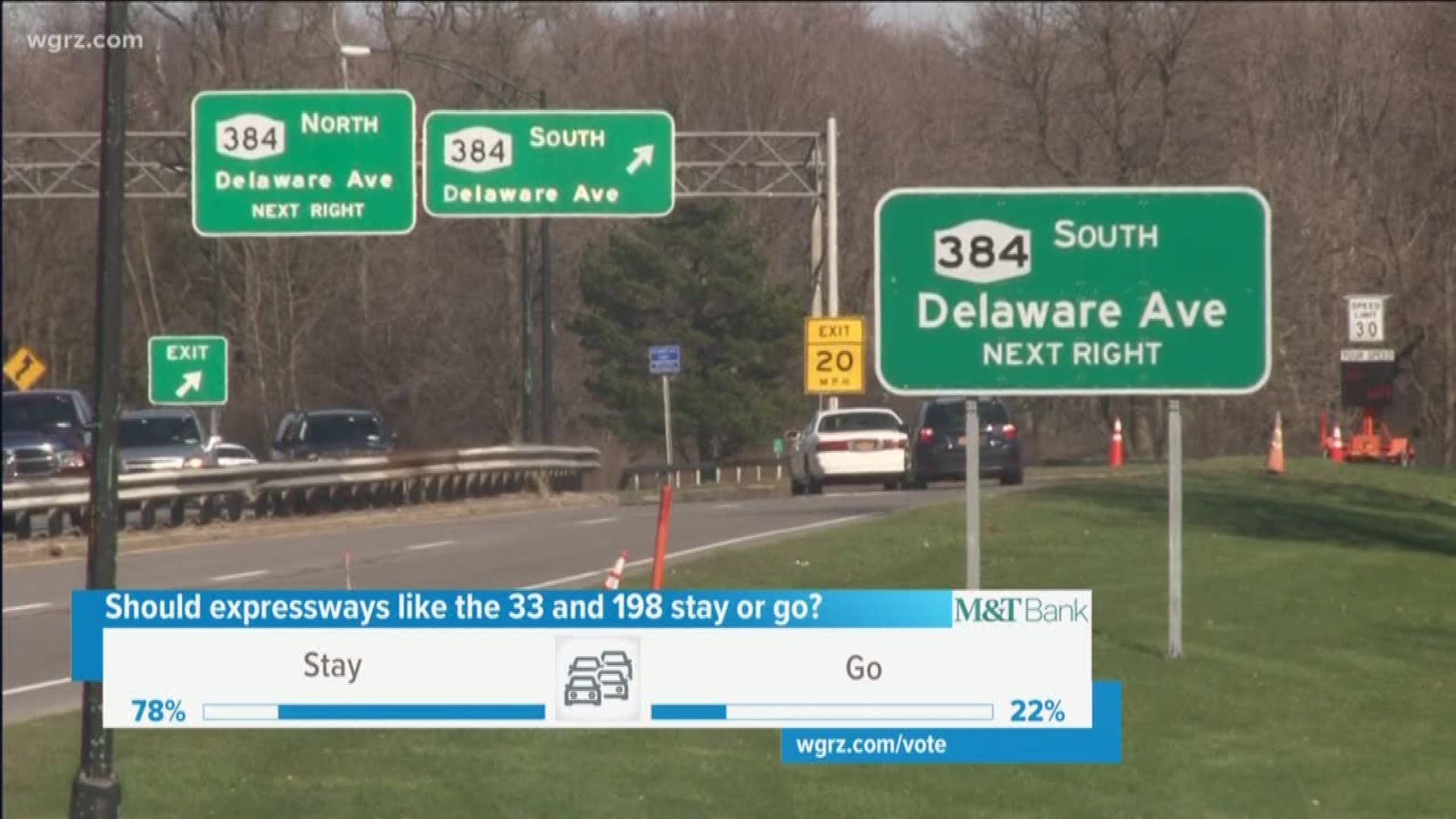 BUFFALO, N.Y. — To many people, the Scajaquada and Kensington Expressways are just a part of their daily commute.

But, others see the roadways as a decade's old mistake.

Stephanie Barber Geter, the president of the Restore Our Community Coalition, said, "It is really a park. On one side it's a cemetery, a place of peace, and on the other side it's a place of play, but we put people there at 50, 60, 70 miles an hour. It's not right."

At a meeting to discuss the expressways, activists came with one clear message.

"We need to stop thinking in the past and jump into the future," said Mary Ann Kedron, the president of the Black Rock/ Riverside Alliance.

There are several ideas when it comes to what's next for the roadways.

One is to remove them altogether.

Another is to build a deck over a stretch of the 33, which would be covered by a park resembling the previously demolished Humboldt Parkway.

"Getting rid of it the way it exists now is just a service that we could do to the community," said Kedron.

Advocates are looking to Niagara Falls for inspiration.

He told 2 on Your Side he went to his first meeting to discuss the partial removal of the Robert Moses Parkway nearly 20 years ago.

"It requires a huge amount of community consensus over a long period of time to convince the bureaucracy, to convince elected officials it's really worth doing something that's gonna take a long time, be very hard and be very expensive but it can be done," Dyster explained.

Those in favor of demolishing or redeveloping the Scajaquada and Kensington Expressways said, after several years of fighting for their cause, they have the support they need to move forward.

Geter explained, "It's normal for people to say that's a big task, but we're up for it as a community. It's not just one or two people or a small group of people. It's a lot of people."